Note: This article is part of our State of the City project, in which The Dallas Morning News explores the most critical issues facing our communities. Find more topics in our look at the Dallas economy in the coming days. *** Dallas-Fort Worth leads the country in building new homes […]

Note: This article is part of our State of the City project, in which The Dallas Morning News explores the most critical issues facing our communities. Find more topics in our look at the Dallas economy in the coming days.

Dallas-Fort Worth leads the country in building new homes and apartments, with over 70,000 living units added a year.

But in the city of Dallas, not so much.

Last year, only about 1,500 of the more than 47,000 single-family homes built in D-FW were started inside Dallas’ city limits.

And Dallas accounted for only about 4,000 of the region’s roughly 30,000 rental units put up last year.

Home construction in Dallas was already headed down in recent years. Single-family building permits have been declining since 2018.

The COVID-19 pandemic made the situation worse.

And with almost 75,000 people moving to North Texas during 2020, the shortage of housing in the entire region has worsened.

The process for obtaining permits and engineering approvals to start a Dallas home project can take months, according to builders.

The pandemic resulted in a backlog of hundreds of Dallas homebuilding permits and increased wait times for builders. The city even turned to outside service providers to try to break the permit logjam.

Camden Homes has two new communities in southeast Dallas and has had buyers lining up for the houses. Its first project — Kensington Valley near the intersection of Interstates 635 and 20 — has 112 homes. 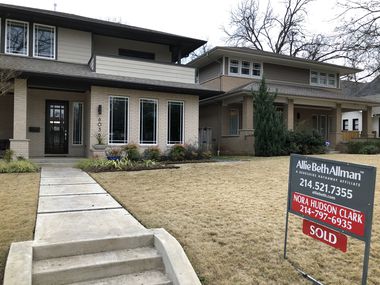 Camden is also building 220 homes in its Teagarden Estates, south of Interstate 20 and next door to Ebby Halliday Elementary.

“We have already sold and closed 13 houses there,” Zadeh said. “These deals will do well if you can get to the finish line. The biggest hurdle, any developer will tell you, is the development and design process is historically lengthy in the city of Dallas.”

Phil Crone, the top executive at the Dallas Builders Association, estimates that Dallas lost between 500 and 900 home starts in 2020 because of city permitting delays.

Builders say they can get permits to start homes in suburban North Texas cities in half the time or less than what it takes in Dallas.

“In all corners of the city, as fast as we can build them, somebody wants to live there,” Crone said. “A lot of people want a single-family home and to live close to downtown where they work and where their social life is.”

Crone said land costs and neighborhood resistance to construction also hold back building in many areas of Dallas. And the opposition isn’t just to low-cost housing.

“I see it happen quite a bit,” he said. “It’s frustrating when people think a half-million-dollar home is repugnant to the neighborhood.”

City officials say they are making progress at reducing delays.

“Staff has reduced the time frame down to five to seven weeks,” said Dallas City Council member Chad West. “It’s better than it was certainly. But it’s not anywhere near what is acceptable. The permitting office is our key to housing and construction in the city. It’s our revenue source. We have to get this fixed.”

“It is hard to find a good site within the city limits at a number that makes sense to build a new single-family home,” said custom builder Jeff Dworkin. “I can buy a home site in a neighborhood where the homes go for $1 million or $1.2 million, but that lot will cost me half a million. The numbers don’t work.”

That also means the price tags of the tear-down home projects are out of the range of most buyers.

“The homes we are building are not priced for most of the people who live in the neighborhoods,” Dworkin said. “Prices have gone up as far as the sales price, but it doesn’t make it any more affordable.”

“As of today, single-family sites are available in Dallas, but prices of land as well as material shortages and cost increases have intensified the challenge of getting new projects to the finish line,” Adam Stetson with Storybuilt Homes said. “Storybuilt is still very bullish on the single-family market in Dallas. However, we are also aware that delivering homes in today’s market requires smart and efficient development.”

“We believe people choose to live in Dallas to enjoy the proximity to the culture they enjoy and their work life,” Stetson said.

Affordable new apartments are also in short supply in Dallas. Most of the city’s recently built apartments are high-end units. In the central city — including Uptown and downtown — where the largest share of the Dallas apartments have been constructed, rents average $1,724 a month, according to Richardson-based technology firm RealPage. That compares with a region-wide average of $1,195.

Developer Palladium USA just opened a less expensive rental community in Dallas’ Red Bird area, and the project already has a waiting list. Rents start at less than $1,000 and go up to more than $1,800 a month.

The 300-apartment Palladium RedBird project that’s part of the redevelopment of the old Red Bird Mall is more than 90% leased. Palladium USA CEO Tom Huth said he could rent a lot more workforce housing if he could find the locations to build.

He has two more projects in the works inside Dallas’ city limits.

“We want high-end housing,” one resident said at a recent City Council meeting.

“There’s a lot of NIMBY-ism and politics that makes it hard to get these deals done,” said Huth, who is also building outside Dallas in locations including Glenn Heights and Garland.

Most of his projects include a majority of tax-credit-subsidized rental units. The renters don’t receive direct support payments, but the developer can sell the tax credits to lower its costs.

“Our waiting list in Glenn Heights has 120 on it for a 270-unit development,” Huth said. “We cannot meet the demand that is out there.”

Huth said there are fewer and fewer attractive, zoned, affordable apartment sites in the city of Dallas.

Almost 30,000 new apartments will open in Dallas-Fort Worth this year, but very few of them are affordable rental units in Dallas.

The supply of apartments added each year within Dallas’ city limits has been falling since 2017, according to RealPage. About 4,000 were completed last year — less than half the total of new apartments in Dallas five years earlier.

“Yes, it’s a struggle in the city of Dallas,” said Greg Willett, chief economist with RealPage. “I don’t think anybody questions that if you can deliver workforce housing anywhere across the country, potential tenants will line up for that.

“But it’s hard to make those work financially. In less-than-premium locations where builders can’t get the higher rents, conventional financing sources are not interested.”

Features in our State of the City project’s look at the Dallas economy:

Editorial: To give poor kids a chance, Dallas should address these trends

SWOT: An analysis of the Dallas economy

Jobs: Labor market is about to turn — with lasting changes

Income: Wages are rising, but not for everyone

Real estate: Why building homes in Dallas is tough

Opinion: What suburbs can teach cities like Dallas on economic mobility 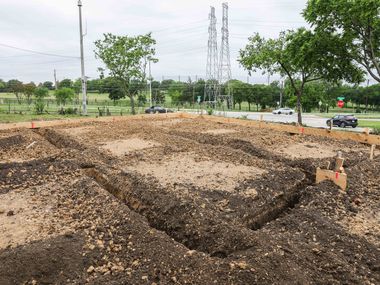 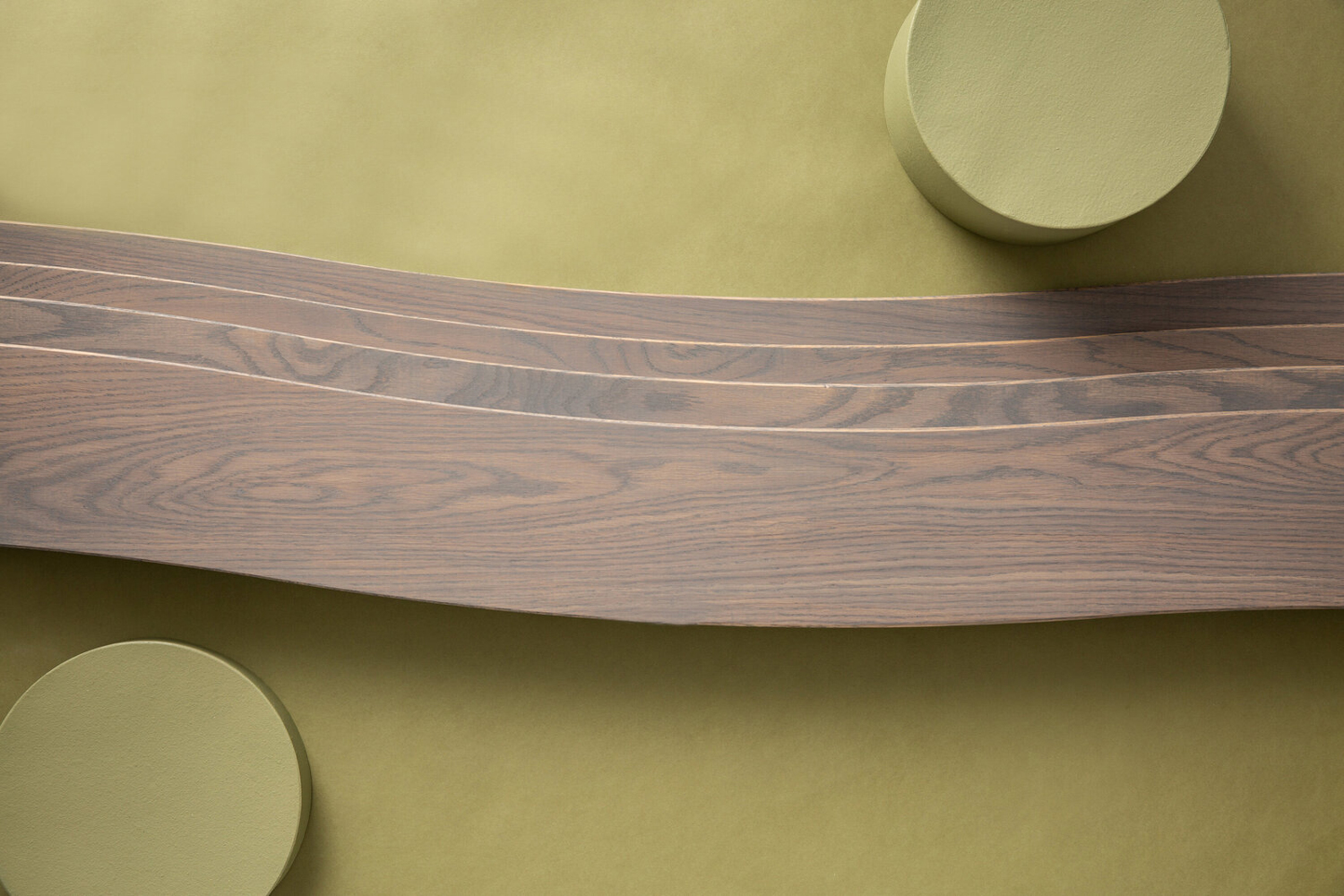