This bounce back begs the question: Which cities will see the highest demand for construction workers?

Dallas is experiencing a lot of growth—the city boasts a 4-to-1 worker-to-permit ratio and had more permits than any other major city in the month of February.

Dallas was also quick to recover from the shutdown lull; construction in Dallas had already returned to pre-pandemic levels. At that point, it was one of only two major U.S. metropolitan areas where construction had fully recovered. That same month, one-quarter of construction firms in Dallas reported supply shortages and delays. Shortages of supplies like lumber and paint are driving home prices higher, increasing the need for additional housing.

Naturally, Dallas’ increased construction has created a higher demand for workers. Between the wide availability of jobs and a cost of living that’s below average, Dallas is an ideal destination for anyone looking for work in the construction industry.

Following closely behind Dallas, Houston issued the nation’s second-highest number of building permits this February. To accomplish this, it had to beat out New York City—a significantly larger metropolis. Houston’s cost of living is modest, but wages for construction workers there tend to be higher than those seen in Dallas or Austin.

One of the biggest factors driving construction in Houston (and other cities in Texas) has been ongoing population growth in the area. Early Census estimates indicate that the state of Texas saw a higher level of population growth than any other state in the country over the past decade.

The first non-Texas city on the list, Minneapolis stands out for the number of new building permits issued—and its high salaries for people in the construction industry. On average, construction workers can expect to earn a salary of $57,100 while working in this area. The only city where workers are paid more is New York City, but this factor is largely mitigated by Minneapolis’ significantly lower cost of living.

Even in isolation, Austin’s building permit numbers would be worth looking into—the city issued the third-highest number of permits in the U.S. in February. However, that’s not the only reason the city appears so highly on this list.

The other major factor? Demand. According to the Austin Business Journal, the city has a “desperate need to build homes,” and practically no housing is available in some areas. Construction efforts to solve the problem are ongoing, but this has resulted in a labor and material shortage. Shortages of flooring materials like wood and epoxy have slowed down production, prices in the resin market in particular have been fluctuating greatly, but demand remains strong in Austin.

The Phoenix construction industry has continued to do well for itself this year; in February, the city issued the nation’s fifth-highest number of building permits. That said, the city’s strong construction market has come with a cost. With construction booming locally for years now, there’s a shortage of workers in Phoenix, making it a great choice for people in the construction industry.

Look Inside the Home of Interior Designer Barette Widell

Mon Aug 9 , 2021
News Included: a “ladies’ lounge” highlighted by a pink neon sign and a powder room designed to feel like a jewel box. Get a compelling long read and must-have lifestyle tips in your inbox every Sunday morning — great with coffee! The lounge in designer Barette Widell’s house. Photograph by […] 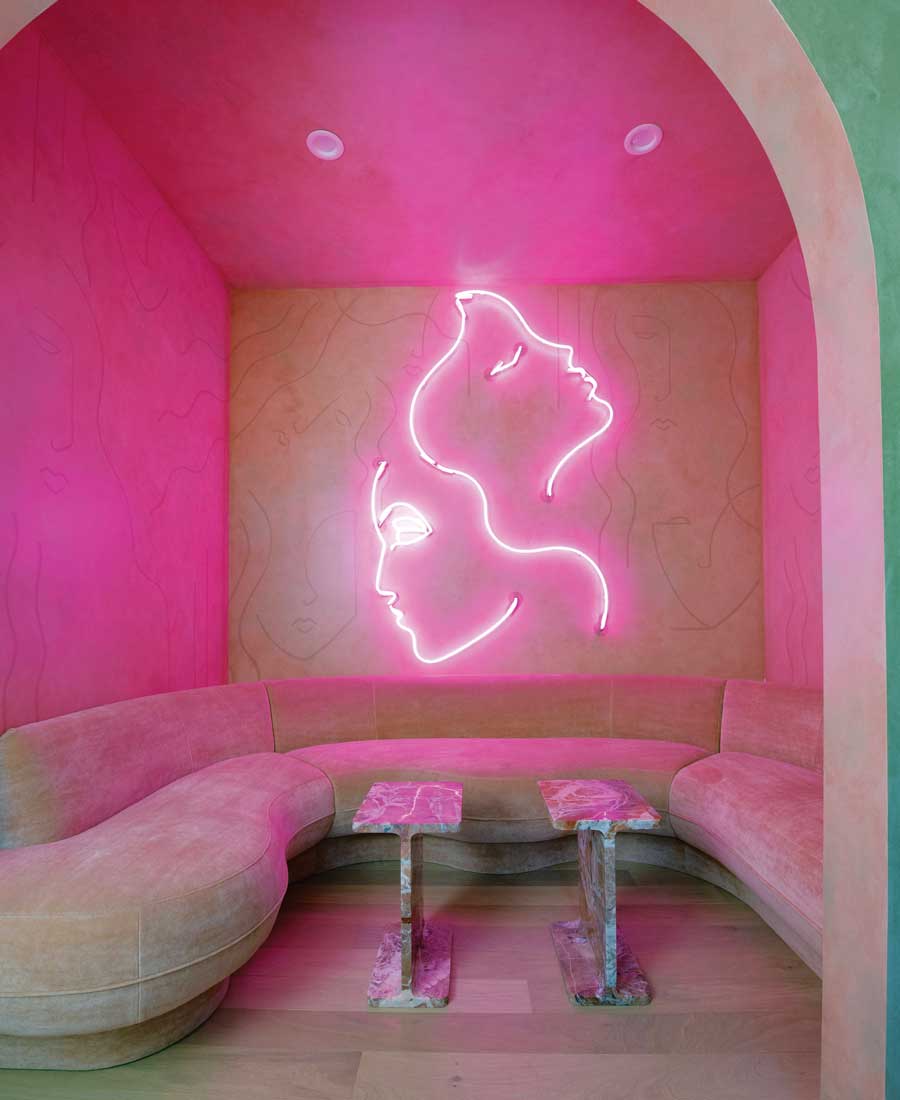