When Furman’s new president, Edwin Poteat, arrived in Greenville from Philadelphia in the fall of 1903, the university was on an upswing. It was enrolling nearly 200 students, the most since the 1850s. John D. Rockefeller had just donated $100,000 to its endowment. But the university needed a library. Just […]

When Furman’s new president, Edwin Poteat, arrived in Greenville from Philadelphia in the fall of 1903, the university was on an upswing.

But the university needed a library. Just weeks after he arrived, Poteat wrote to Pennsylvania philanthropist Andrew Carnegie. The immensely wealthy Scots steel tycoon had begun supporting town libraries in Scotland and the United States in 1898. By the turn of the century, dozens — hundreds — of towns and cities were asking for his help.

While the community had to provide a site and guarantee future support, Carnegie’s foundation supplied building funds. And Furman’s need was great.

The college’s collection of 1,465 books (400 others were classified as “rubbish”) were housed in one large room in Richard Furman Hall, the main building. The room was also used as a chapel. The library’s annual budget was $50 for magazines and $100 for a part-time librarian.

Although Carnegie was not then funding college libraries, Poteat was sent the corporation’s regular civic questionnaire. In February 1904 he returned it, noting that Greenvillians could use Furman’s library and giving Greenville’s population as 11,860.

The following month, Carnegie’s secretary responded. “Mr. Carnegie cannot break his rule that the library building and site must be owned by the city.”

But “break his rule” he did.  A year later, in March 1905, Poteat announced with great pleasure that the Carnegie Foundation would fund a Furman library with a gift of $15,000.

The foundation’s reversal came about, evidently, because Carnegie came to realize that colleges had to have libraries and that campus locations were as secure as civic ones.

He announced publicly in April 1905 that “he taken up small colleges.” His first donation for a college library was to Penn State in 1903, but the following year four smaller college libraries were announced. (In South Carolina, Benedict, Converse and Winthrop also received gifts.)

Greenville also needed assistance. In January 1904, library trustee L.O. Patterson pleaded for money. The city library, he wrote Carnegie, began in 1893 with “a shelf of books in a lady’s parlor,” and grew to several hundred volumes. In 1897, Violet Neblett became interested in it, and deeded her home and $25,000 to library trustees.

However, her aunt, Susan Turnipseed, sued, saying that she and Neblett had agreed to make wills in favor of each other, which she had done, and she was therefore entitled to Neblett’s estate. The SC Supreme Court found for Turnipseed, and the library was left with the house and the books, but no funds.

In lieu of salary, a librarian lived in the house and used one room and two halls to store books. Thanks to donations, the Neblett owned about 2,600 books, including hundreds cast off from the Pratt Library in Baltimore. Fines from overdue books were its only source of revenue. The library was open on Wednesday afternoons and Saturdays from 10 a.m. to 1 p.m. and 3 to 6 p.m.

James Bartram, Carnegie’s secretary, was not encouraging. “Mr. Carnegie has no interest in a library application from a town unless the town is prepared to guarantee a specific income for its upkeep.” Then he went on to suggest that that they have the librarian live elsewhere and use the whole house as a library.

In February 1906, Patterson wrote again, announcing that Greenville City Council had voted an annual appropriation of $1,500 for library maintenance, and he asked for $15,000 for a new library.

Bartram said no again. Use the building you have now, he said, before building a new one. And “send me a picture of the house and all the interior accommodations.”

It took six months — until November — to get the Neblett’s picture to Bartram. But it was convincing.

In January 1907, the Foundation approved $15,000 for a Greenville library if the city provided the site and officially agreed to the $1,500 yearly appropriation. Patterson sent the record of the council’s action.

And then, with the money promised, Greenville’s Carnegie library died.

In the 184 pages of correspondence between Greenville and the Foundation, there is nothing between February 1907 and February 1913. Then mill owner John Geer wrote Bartram. He explained that in March 1907 City Council members discovered that they could not legally commit to 50 years at $1,500 a year, nor could they levy a tax for library operations.

And then, after noting that population had swelled and a library was needed for civic pride, he asked if Greenville could once more “present their needs.” Two days later he received the Carnegie questionnaire, this time asking for 1910 census data, including numbers of whites and Blacks.

(These were Jim Crow years; Bartram wanted to know numbers of users, and Black residents, barred from library use, would not count. Patterson assured him that the “colored population” was “only about 15 or 20 percent.”

In the following three years, Bartram received letters from young attorney Rion McKissick, YMCA director John Holmes, and W.G. Robertson of the Chamber of Commerce, all asking how to apply for Carnegie funds. They evidently did not communicate with each other or with the Neblett trustees, nor did they know that the foundation required that city officials apply for funds or that Carnegie money had already been committed to Greenville.

But a new county courthouse was being erected at Court Square on Main Street, and local leaders wanted to replace or demolish the opposite Record Building and erect an equally elaborate structure in its place. It was a matter of civic pride.

Then Patterson got involved again. He wrote in April 1916, explaining that the legislature had created a board of trustees for the Greenville library, had leased the Record Building to the city for 50 years, and that voters had approved a referendum providing $4,000 a year for the library. Given the amount committed in the referendum, he asked for $40,000 for a Greenville library.

These were the twilight years of Carnegie’s library gifts, but in April 1917, the foundation agreed to give $25,000 to Greenville.

Then Mayor Webb decided that the permission of property owners on Court Street was necessary for building there. Several were opposed. And the library committee decided that $25,000 was too little to build the kind of library they wanted. They asked for $40,000. Bartram said no.

When the Great War intervened, building was impossible. It wasn’t until January 1919 that the committee commissioned architectural plans for the Record Building site. Then they suddenly realized that the county, not the city, owned the site.

So they considered other places: the site of the Neblett Library, which had been donated to the city, or Main Street, across from Springwood Cemetery. In July 1919, the committee reluctantly decided on the Neblett site, which was free.

But there were murmurings of discontent. Greenville needed a $100,000 library, not a $25,000 one, announced a newly formed Chamber Committee; local lawyers agreed. And the library should be a memorial to those who died in the war.

(By this time Bartram, the Foundation secretary, was getting impatient. He wanted to know when Greenville would start building and if it still wanted Carnegie funds.)

By March 1920, the library committee announced that construction would start “soon.” But when they sent their plans for Foundation approval, Bartram wrote back saying that the building looked like “a bowling alley” and the plans were “extraordinary and unsatisfactory.”

Marshall Prevost, now the library committee chair, asked for more directions. (They had lost the ones sent in 1917.) In June he wrote, apologizing for the city’s “dilatoriness,” and saying that Greenvillians could raise $100,000 to add to Foundation funds.

In November he wrote again, asking what — if anything—Greenville was doing. Prevost responded that nothing had been done. On March 23, he asked again. If not, he added, consider the offer lapsed.

On March 30, 1921, Mayor Harveley wrote the Foundation, saying that at “a meeting several months ago” Council voted against accepting the money and considered the matter closed.

On May 2, Thomas Parker organized the Greenville Public Library Association, raised $5,000 from board members who included J. W. Norwood and F.W. Symmes, and rented two rooms in the basement of the Cauble Building on Coffee Street. 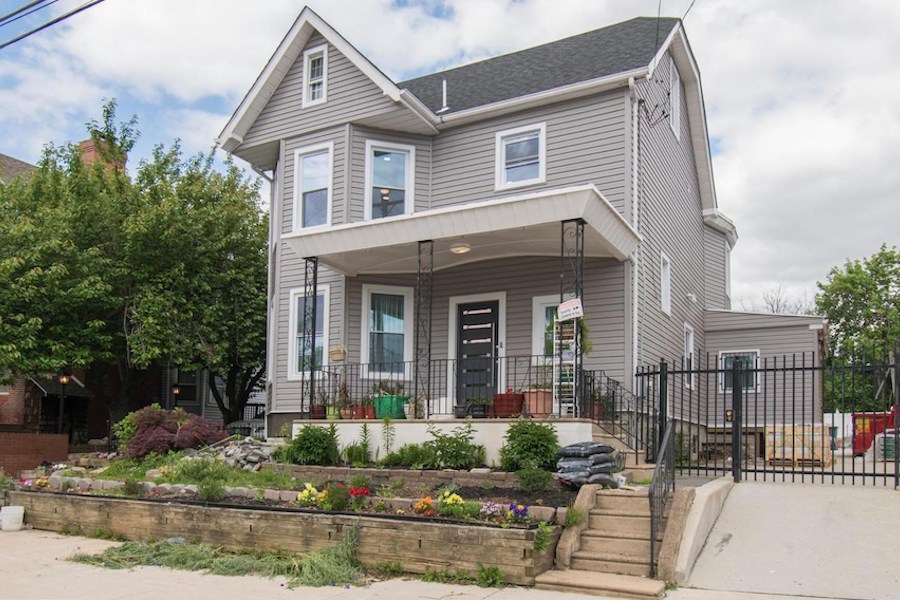