Kendall Gardepe called her husband at work one day to tell him they were building a house in Annville, and by the way, she had already put down money for a lot. They’d been through the wringer trying to find a house already on the market, so his answer was easy: […]

Kendall Gardepe called her husband at work one day to tell him they were building a house in Annville, and by the way, she had already put down money for a lot.

They’d been through the wringer trying to find a house already on the market, so his answer was easy: “OK.” With a high demand for pre-existing homes, prices are being bid above – sometimes far above – their value.

“I decided we’re not playing this game,” said Gardepe, a mother of two young girls. “I couldn’t handle the emotional roller coaster of buying a house right now.”

So, in the fall, the Gardepes entered another wildly busy market: housing construction. Despite lumber and other significant shortages hitting home builders today, the Gardepes original mid-June closing date has shifted only a few weeks later because of the windows.

A glass shortage across the country is just one of several shortages affecting construction as well as prices for new homes. But those aren’t the only shortages.

A slew of shortages

“The material shortage issue has shot to the top of the charts, if you will. It has been there since at least last fall, said Dan Durden, chief executive officer of the Pennsylvania Builders Association.

“It’s not just that prices are going up; it’s how quickly they’re going up, and nothing’s coming down,” he said. “And it’s not just the case that the item – particularly lumber – is so high, but that you can’t get it, no matter what you’re willing to pay.”

In some areas, lumber might be available but unavailable in the dimensions that a company needs, so it’s delayed. And that’s not all.

And there’s one more shortage: people.

“We’re desperately short of skilled labor and have been for a million years. When there’s a big demand in the marketplace, like there is now, that shortage is exacerbated because everybody has enough work to do and they’d like to add capacity, but there isn’t anyone who’s ready, willing and able to do it,” Durden said.

More:Real estate market: Why are people battling over homes in Pennsylvania? There aren’t enough

More:How a worker shortage in PA is stalling its recovery, and what jobs are needed most

What caused the shortages?

The housing market, in general, is stretched to its limits.

In April, listings in the housing market dropped 33 percent compared to the same time last year, according to the Pennsylvania Association of Realtors.

“Like most areas of the country, Pennsylvania has lots of consumers interested in purchasing a home, but the market has a shortfall of available properties,” said Christopher Raad, association president. “There aren’t enough homes to meet current buyer demand.”

After the housing collapse in 2009, home construction slowed considerably, so in these last 10 years, the number of new homes hasn’t been a steady climb as it had been in the past. The pent-up demand hit before the pandemic but has escalated significantly this year.

Some product shortfalls are related to the pandemic, but not all of them.

Issues of labor and lumber relate back to the housing crisis of 2009, when house prices fell about 30 percent.

When the housing bubble burst, lumber yards had an oversupply of materials and employees; now scaled back, some are unwilling to ramp up fully again, Durden said. Most of the building lumber for Pennsylvania comes from other parts of the country; the homegrown wood is mostly hardwood, best used in furniture and cabinetry, he said.

Canada supplies some affordable lumber to the United States, but double-digit tariffs on that lumber in the past few years have hurt their import.

The delays and the higher prices fall back on the builders and, sometimes, the family waiting for a new home.

The Gardepe’s new home in Annville has remained at the same price, despite increasing prices.

That’s not always the case. Some builders are putting escalation clauses into their contracts, so the homeowner takes on material price increases that occur during construction, Durden said.

“The other thing we’re hearing: In some parts of the state where demand is relatively less because there are fewer people, we’ve heard from some prominent builders who say they’re gonna sit out for a while. They don’t want to manage the loss,” Durden said..

The prices likely won’t lower before the end of the year.

For the Gardepes, that means possibly putting off the construction of their deck until next year. One estimate, for a relatively small deck was $14,000-$17,000; another estimate was closer to $10,000.

“I don’t know that we have it in our budget,” Gardepe said.

But the house awaits them.

There are children in the neighborhood and a big yard to spread out. They’ve been living with Kendall’s parents for a year, after selling their house in Harrisburg.

“This neighborhood has sidewalks on both sides of the streets … plenty of kids to play with. It really checks all of our boxes,” Gardepe said. “It’s good to know that it’s somewhere we’d be happy to be for a long time.”

Kim Strong can be reached at [email protected]

Thu May 27 , 2021
MELBOURNE, Australia, May 19, 2021 /PRNewswire/ — Local plumber in Werribee, NLK Plumbing, explains the most common issues found in home inspections can range from very small, easy fixes to bigger and more costly problems. The key is to ensure the home is being regularly inspected by a licensed professional […] 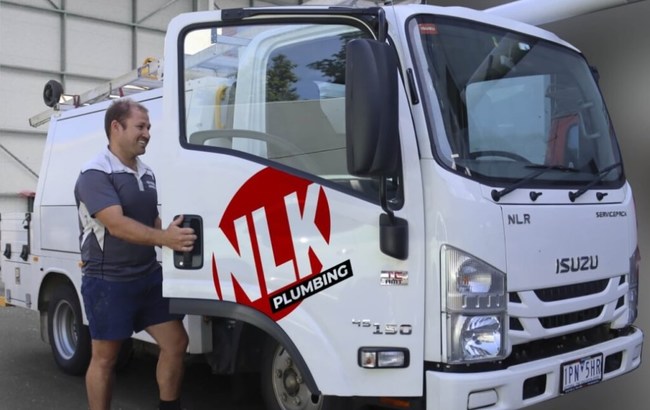