The foundation wants to create an inspirational space that can house visiting artists, including dancers, painters and sculptors, said architect Earl Reeder, who is working for the foundation. The foundation proposed knocking down the historic, two-story brick property at East Fifth and South Dutoit streets and an attached, two-story wood […]

The foundation wants to create an inspirational space that can house visiting artists, including dancers, painters and sculptors, said architect Earl Reeder, who is working for the foundation.

The foundation proposed knocking down the historic, two-story brick property at East Fifth and South Dutoit streets and an attached, two-story wood addition.

The foundation proposed building a new facility on that site, as well as on vacant land to the east.

Reeder said the properties have significant deterioration and other issues, and a newer addition on the east side is in very bad condition and is not historic.

The building at the corner was constructed likely in the 1860s and served for decades as a grocery store and market. It later was used as a laundromat, ice cream shop, a magic and costume rental shop, and more recently as an antiques and collectibles store.

The seedling Foundation purchased the property for $75,000 in early 2019, according to Montgomery County auditor real estate records.

Rick Fender Construction estimated the cost of rehabbing the building to be about $477,000, and masonry restoration contractor Trisco Systems Inc. estimated brick wall repair work could cost at as much as $230,000, according to information Reeder shared with the landmark commission.

Some of the brick in the building is turning to sand, and there are cracks and other problems with the foundation, Reeder said.

“We’re looking at over $600,000 to stabilize the building … it’s an extensive undertaking,” he said.

Reeder said the owner did not want to tear the building down, but restoration work appears to be very expensive, especially since those estimates do not include electrical, mechanical, plumbing and other costs.

A painted sign on the side of the building at 1501 E. Fifth St. CORNELIUS FROLIK / STAFF

Preservation Dayton and some residents, including the former owner of the property who sold it to the foundation, submitted letters opposing the proposed demolition.

The existing structure serves as a sort of a gateway into the St. Anne Hill’s business strip, said Holly Hornbeak, a city of Dayton planner.

The new proposed structure has characteristics and elements that with some revisions could fit into the historic fabric of the neighborhood, such as narrow windows, steeped gables and cornices, Hornbeak said. But she said the loss of the existing historic structure is “a very hard pill to swallow.”

City staff want to see extensive documentation that rehabilitation is not financially feasible, Hornbeak said. She said the foundation has not submitted estimated costs of demolishing the building and constructing a new facility.

Landmark commission member Fred Holley said the buildings in the renderings don’t look like they fit into the area.

“I have a hard time picturing that on that corner,” he said. “It just doesn’t fit.”

Member Lora Sebald said the buildings looked like they could belong on a college campus.

Holley said he wants the architect to evaluate how much of the existing historic building could be saved and incorporated into the foundation’s plans. He said hopefully a compromise can be reached.

“If we can save any part of the building, we should,” said commission member Burgess Gow.

“I would like to see the building saved,” she said. “In the event it cannot be saved, I think something very similar should go in its place.”

Dave Drerup, executive director of the seedling Foundation, says they have “big dreams” for the new building. Some universities want to partner with the foundation to offer internships, and he said this project has incredible potential to transform that corner and urban education.

He said it is not easy to raise private donations, and the foundation probably can’t afford expensive restoration.

“I hope that the adults can come to the right conclusion and do what’s good for children, because every day our children lose in the city of Dayton,” he said.

What are the pros and cons of buying off-plan?

Sun Jun 27 , 2021
My partner and I are trying to buy our first home together. The market is red hot and we are facing fierce competition for properties in our area. In the past six months we have lost out on one property after we were outbid, and on another one after the […] 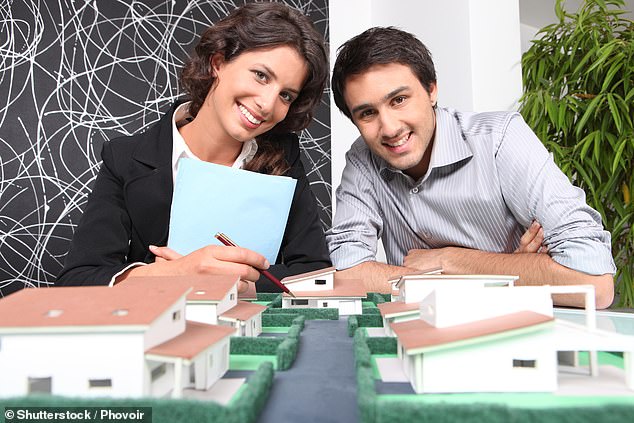