The growing pains in Pueblo West are becoming agonizing for home builders as everything from road construction requirements to other climbing costs are putting the squeeze on the dream home budget.  Kirby and Kiaha Quint wanted to build a new home for their family of four in Pueblo West but were blindsided by a requirement to pay for road […]

The growing pains in Pueblo West are becoming agonizing for home builders as everything from road construction requirements to other climbing costs are putting the squeeze on the dream home budget.

Kirby and Kiaha Quint wanted to build a new home for their family of four in Pueblo West but were blindsided by a requirement to pay for road improvements.

The young couple, who are building their own home, got a permit to do so, but were caught by surprise when they were told the cul-de-sac road Cloudburst Lane would have to be improved before they could occupy the home. That is going to cost about $25,000.

Pueblo Association of Realtors President Casey Edwards had a similar surprise when he helped a client buy two lots on a Laramie Lane cul-de-sac in Pueblo West. The properties at 1541 Laramie Lane and 1543 N. Platteville sold for $32,000 and $31,500 respectively in March.

The buyer, Family Homes LLC, has been unable to get permits to build on the lots from Pueblo County because Laramie Lane needs improvements. It was a total surprise to the property owner and Edwards.

“This is not good. No one in the (realtors) association has seen this because there have been plenty of lots, until now, that this just never happened with,” Edwards said.

“For 20-plus years they (the previous owners) have been paying full taxes on something that has no value because you can’t build on it,” Edwards explained.

Real estate:Property values are up across Pueblo County. Your tax bill may rise as a result.

Pueblo West has 57 miles of roads not up to standards

He said of the district’s 400 miles of roadway, 57 miles have not been accepted by the county as being up to standards, and 22 miles of road have been mapped but are unconstructed.

“They are like cattle trails they have not been touched yet. On subdivision records it shows a road there and someone may have driven up the path to look at the lot or sell the lot, but that is it,” Heyn explained.

Those roads are the ones that need the most help, so how did that happen in Pueblo West?

“The district has an agreement with Pueblo County and that Inter Governmental Agreement calls for us to provide road maintenance for any road the county accepts for maintenance,” Heyn said.

“What has happened since the development of the district is there were plans for certain roads to be built in a subdivision that is platted and the county has accepted the right of way but the road was never built out.”

Pueblo West originally was intended to be built in phases, but sometime during the 1970s or 1980s that approach was abandoned and buyers were allowed to build as they purchased property. Now, some road construction is required to be done by the developer or home owner.

If the Quints want to live in their home, they will have to bear the road improvement cost, despite the fact that there are four other lots on the cul-de-sac. Heyn said the district is open to property owners banding together to share the cost as gravel roadway can be expensive.

Shopping for a home?:Five things you need to know when buying a home in Pueblo’s surging housing market

Kirby Quint’s sister, Brittany Rhodes and her husband Cameron bought a lot across the street from his on Cloudburst in January. They have agreed to split the road improvement cost.

The Quints could also ask the other three lot owners to chip in too, but those owners aren’t required to do so because their lots remain vacant, Kiaha Quint said.

“About five years ago they (the metro district) stopped maintaining it,” Kiaha said.

“Our options were to build the road to metro standards and then they will take over (maintenance) or make it a private road which would have to be approved by everyone that has property on the road and the fire department. There wasn’t any good option.”

The couple hired an engineer to design the road and they will have to hire a builder.

“We had no idea that this would be such a challenge. We just assumed metro was taking care of the road, but we did not know until we went to get our plans approved.

“We have been like the guinea pigs in all this. They really did not know what to tell us – they said they’ve never experienced this issue before,” Kiaha said.

“It is definitely an unforeseen cost,” Heyn agreed.

Heyn said the issue can be a challenge for lot buyers, some of whom purchased their lots 10 or 20 years ago and are ready to build a retirement home.  He said part of the challenge is the construction costs for roadways has gone up in the past year.

The Quints initial lumber bid price has more than doubled from the first time it was bid in November to the time it was rebid in May.

Another unexpected cost on top of the $12,360 water tap is a requirement to hire an excavator to extend the water from the main to the home.

“We were running the new service for a new development on the back of existing customers. We have had so many new water tap requests it is just overwhelming to us,” Blasing said.

More:Pueblo’s residential real estate market is a ‘nightmare’ for those looking to buy

Now new homeowners or developers are required to run their own water and sewer from the main to the meter.

“We will tap the line and set up the meter,” Blasing said. “That is pretty much a common practice on new installs.”

“It’s been real unfortunate with how expensive it is to build right now. Having these added expenses on top of it — it’s hard,” Kiaha said.

“We have a single income to support our family and we were ready to build a house for our family. This whole road situation that could totally flip someone’s loan especially if these interest rates change.”

Edwards has the same uneasy feeling, as his buyer can’t even get the “OK” to access the Laramie Lane lots from Platteville even though the corner lots are both bordered by Platteville.

He said the buyer felt Edwards, as the realtor, should have been aware of the situation.

“I am in a bad predicament,” Edwards said. “It’s not in the title commitment and there is no way to figure this out.”

“The issue is there is no disclosure from the county or from metro that this is the case until you pull a permit. Well, you don’t pull a permit until you are ready to build and the builder does it.”

Heyn said in the case of the Laramie Lane lots, that owner could do the gravel road improvements in front of his lots and leave the rest of the road for the other two property owners who follow. He said that would probably cost between $2,000 and $5,000 for the base course required for the gravel road.

Edwards fears the road issue will come up with other realtors and their buyers in Pueblo West.

“There’s I don’t know how many streets out there that have the same issue and the people (who want to build on the lots) don’t know — it’s a real big issue,” Edwards said.

Heyn said potential buyers can contact the Pueblo West Metro engineering division to find out if their lot is on an accepted roadway. Potential property owners can call  547-9801 or email [email protected]

Chieftain reporter Tracy Harmon covers business news. She can be reached by email at [email protected] or via Twitter at twitter.com/tracywumps. 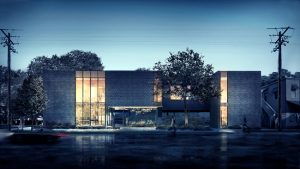