The first 100 construction workers helping to build EVRAZ North America’s $500 million modern rail plant are expected to converge on Pueblo by the end of August.   Although housing appears to be secured to accommodate the first wave of workers, local housing authorities still need help finding more places for the remaining 700 construction workers who are expected […]

The first 100 construction workers helping to build EVRAZ North America’s $500 million modern rail plant are expected to converge on Pueblo by the end of August.

Although housing appears to be secured to accommodate the first wave of workers, local housing authorities still need help finding more places for the remaining 700 construction workers who are expected to be in Pueblo working until early 2023.

The expansion will allow the steel mill to produce longer rails and solidify the mill’s history in Pueblo for another 50 years. In Pueblo, Home Smart Realtor Randy Thurston is still working to try to help find what local housing is available for the construction crews.

“With the units I am acquiring now, it is possible we will be ready for the first 100 craftsmen, but we are not anywhere close to meeting the needs,” Thurston said.

After a July 7 article in The Pueblo Chieftain brought light to the housing need, Thurston was able to secure 20-to-30 open housing units.

“I can pretty easily get 30-to-40 more in with calls I have received. Some are two bedroom, so if the workers can bunk together that will help,” Thurston said.

“Then perhaps an additional 40 to 50 units are in the works and will be ready by the first week of September. Some people have called and are willing to rent rooms out in their homes.”

“The community has really tried to pull together to offer housing solutions,” Thurston said.

“I had a call from someone who has a lot out in Pueblo West and he said we can park some RV units there. Because the workers who are traveling with RVs need utility hook ups, the empty lot won’t work.”

Thurston said he appreciates how residents are rallying to help. Some of the ideas have been unique and “there is almost a story with every one.”

“People are really thinking. What stands out is the community is really putting their minds together to try to help solve the issue,” he said.

More:We all scream for ice cream: 7 spots in Pueblo to get ice cream and frozen yogurt

Pueblo Landlords are renting to workers

The general contractor for the project, Wanzek, already has managers in place who are working to set up their offices. One of those managers was able to secure a rental through Bob and Barbara Barr, who have been landlords for 15 years.

“These people are like a community and they travel around from project to project and will stay anywhere from one to four years. They are not transient contractors but this is their life — the couple we rented to have been doing it for 25 years,” Barbara said.

“They are used to this pattern and are a joy to work with. They are tremendously responsible and understand what is expected.”

The Barrs have opted to roll utility costs into the rent — except for Internet and cable — to make it easier for the traveling workers to settle in quickly. They have one more home they will be renting and expect it will be ready by Aug. 1.

“(It is) out in the country” by the couple’s hay field so it has a bit of a rural feeling and there are no houses surrounding it, Barbara said.

“It will be where we want it by August 1 except for the carpet in the basement. That has been delay after delay and is coming Aug. 15 so for whoever moves in we will cut the rent a week or two because of that,” she explained.

Although the Barr’s have always been lucky in being able to find good, long-term renters, Barbara said it is exciting to see new projects and growth coming to Pueblo.

“Pueblo has a lot to offer. We are not the ugly little step-sister anymore and it is fun to watch,” she said.

Wanzek Senior Project Manager Ken Dean said local construction workers can apply to work on the project and that will help alleviate the housing crunch. Workers can apply at wanzek.com and click on the careers tab.

Anyone with apartment or RV site vacancies coming up can contact Thurston at [email protected] or call 252-9839.

Chieftain reporter Tracy Harmon covers business news. She can be reached by email at [email protected] or via Twitter at twitter.com/tracywumps.

A hangar, a soccer field, a movie theater and a modern home, all on one 67-acre North Texas ranch

Tue Jul 27 , 2021
There has to be a happy medium between the convenience of city life and the privacy and serenity of a home in the country, right? Turns out, Cleburne may be the answer. This ranch on the market sits on 67 acres just a 50-minute drive from Dallas and a 30-minute […] 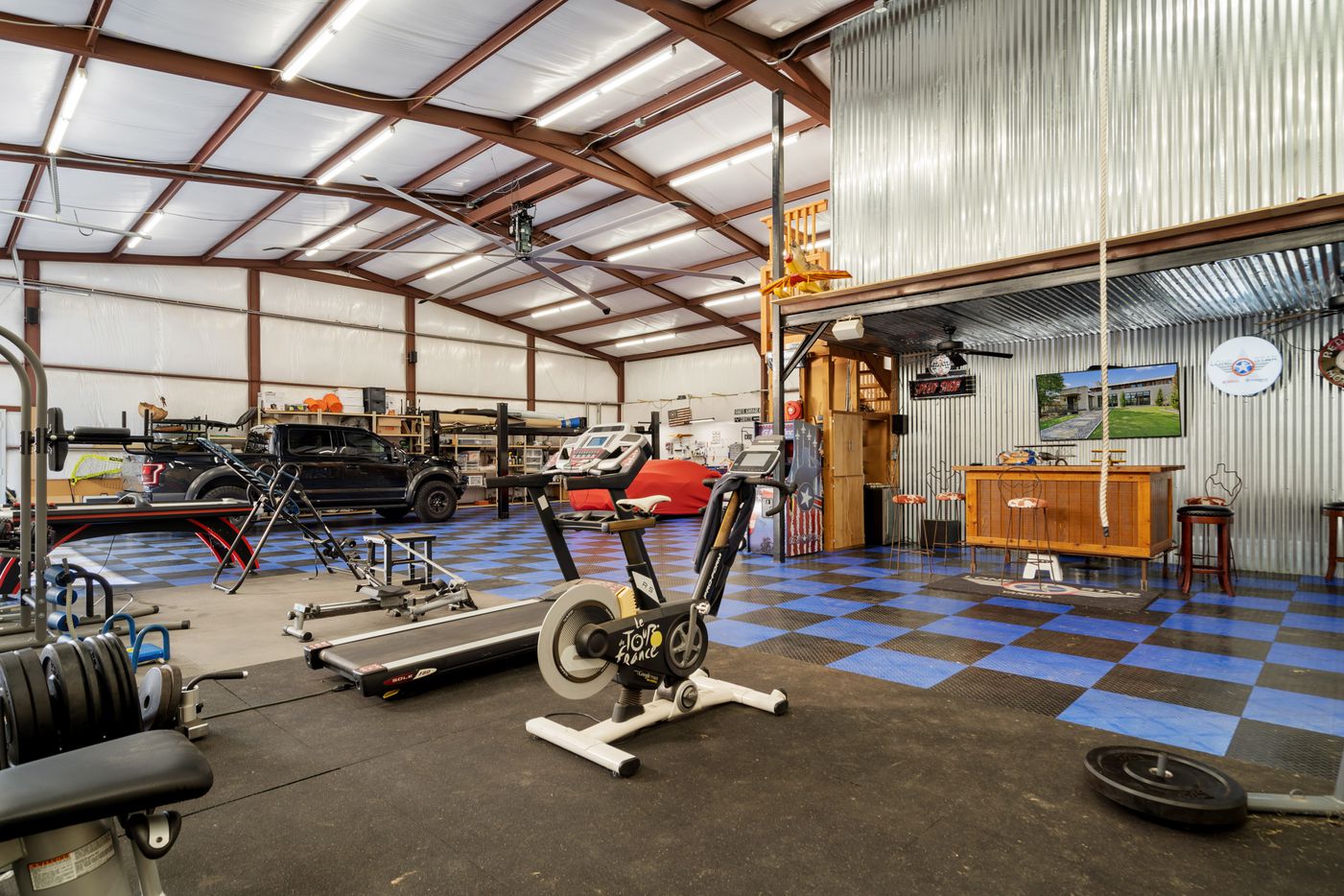