At Delish, we firmly believe you don’t have to be a trained chef to make insanely delicious food. It’s why we launched Insanely Easy Weeknight Dinners, a recurring series dedicated to simple meals the whole family can enjoy together. Well, pull up a dining chair because we’re partnering with Coca-Cola […]

At Delish, we firmly believe you don’t have to be a trained chef to make insanely delicious food. It’s why we launched Insanely Easy Weeknight Dinners, a recurring series dedicated to simple meals the whole family can enjoy together. Well, pull up a dining chair because we’re partnering with Coca-Cola and asking real-life Delish fans to share their riffs on their families’ favorite recipes.

Some family meals are informal traditions, but others, like these pork spare ribs from Honolulu-based journalist Sara Lin, are bona fide institutions. Her dad’s rich, tangy recipe even made it into the cookbook she put together for her family’s 2015 reunion.

The now beloved dish has a humble origin story. It was first whipped up in the 1960s by her father, in search of an inexpensive yet delicious meal while working long hours on a shoestring budget as a medical student in New York. Sara remembers learning how to make the dish in her post-college years. “On weekends, I’d call my dad to ask what I should make,’” she says. “I have all these scraps of paper with notes I took down over the phone.”

Since then, the working mom of two has perfected her version of the recipe (“They go like hotcakes at my house parties,” she says), and earned the originator’s sign-off. “My dad’s sampled it, and approved!” Read on to learn more about how her cherished family recipe came to be, and learn how to prepare the savory, summery main (perfect to pair with a backyard barbecue and a Coca-Cola) for your own crew.

What’s your family’s history with this dish?
This recipe has become a staple in my household. My dad grew up in China, but he went to New York for medical school. He was living on Broome Street in a really dumpy, dingy place. Those times were tough for him—he was an immigrant scraping by. He worked in a restaurant, which is probably where he picked up a little bit of his know-how. Spare ribs were a cheaper but fattier cut of meat, and the dish was easy because it required very little assembly. There’s only a handful of ingredients and they’re off the shelf,  especially if you lived in Chinatown. It’s just a couple of heaping tablespoons of bean sauce, which might be kind of an unusual ingredient for folks not familiar with Chinese cooking, and a couple of heaping tablespoons of hoisin sauce. I once asked him how he came up with it, and he honestly doesn’t know. He said, ‘I love to eat. That’s all.’ He doesn’t talk much about those times, but this dish was one of the great things that came out of it.

How have you put your own twist on it over the years?
Sometimes I’ll put in sake instead of red wine—I’ll use whatever’s available. I’m not a very by-the-book kind of cook. When it says ‘heaping tablespoon,’ I’m literal about that. My dad’s really experimental in the kitchen too, so his cooking is always a little bit different every time. But he likes to say that as long as you get it more or less right, you’re good.

Do you have any tips for anyone who’s trying this recipe for the first time?
Since I know how the sauce is going to taste, I usually just throw it straight onto the meat. But if you’re unsure of how it’ll taste, you can mix all the ingredients separately in another dish, taste it there, and adjust it to your liking before putting it on the ribs. And before you broil the ribs, give the meat a quick sprinkle of sugar to help with the burning

What’s your favorite thing about this dish?
The soybean paste is just a really unusual flavor. When folks taste it, they can’t really put their finger on why it tastes so good. It’s a great dish because you can buy a huge rack and it lasts for days, and it’s not very complex. The ribs aren’t slow-cooked, and you don’t have to parboil them. I actually don’t know how to make the fancy, fall-off-the-bone kind. This is the quick and dirty way to make great ribs.

Sara Lin inherited her savory pork spare ribs recipe from her father, who originated the dish while attending medical school in the 1960s, putting his own stamp on it with ingredients that reflected his Chinese heritage.

This content is created and maintained by a third party, and imported onto this page to help users provide their email addresses. You may be able to find more information about this and similar content at piano.io

Sun Jun 20 , 2021
Architecture firm Perkins&Will has gone too far with claims that a luxury timber home on a Canadian mountain removes more atmospheric carbon than it emits, argues Fred A Bernstein. For much of last winter, Perkins&Will, an architecture firm with 25 offices from San Francisco to Singapore to Sao Paulo, used […] 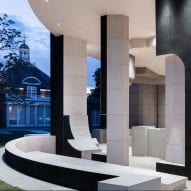