“Not only that,” she said this campaign season, “being a Native person who never believed we had a place (in) City Hall, I was overwhelmed.” Nevertheless, she persisted. And prevailed, ousting an incumbent. In her first term, she was chosen by her elected colleagues to serve as council vice president […]

“Not only that,” she said this campaign season, “being a Native person who never believed we had a place (in) City Hall, I was overwhelmed.”

Nevertheless, she persisted. And prevailed, ousting an incumbent. In her first term, she was chosen by her elected colleagues to serve as council vice president and, this year, as president. And Van Nett has emerged as an influential and effective advocate for public safety and the safety of officers, ending homelessness, and the need for housing at all income levels.

On Aug. 10, eligible voters in District 4 can vote Van Nett through to Election Day on Nov. 2. She faces two challengers in the primary.

“I love the work. … Working with people is great,” Van Nett said this summer in an interview with members of the News Tribune Editorial Board. “I love solving problems. … I like seeing people happy. I like seeing families happy. I like seeing people in housing. … Even if people disagree, that’s OK. I don’t mind. It takes a particular kind of person to see the entire picture and then go at it and strategize on how to help our residents be better and move through any issues they have.”

One of the first issues Van Nett thrust herself into was the controversy over buying protective equipment for the Duluth Police. A white supremacy group had come to Duluth, and our officers weren’t as adequately prepared as they needed to be, she said. She was chairwoman of the council’s public safety committee at the time, thoroughly researched the need and the pros and cons and became an unwavering and strong advocate for our officers and the gear they needed to protect their safety — so they can protect ours. Public safety remains Van Nett’s No. 1 issue, she said.

“Pushing that forward for the betterment of our city and for us and for police was a positive step, and that’s something I had to do, and I would do it again,” she said. “I got a lot of pushback on it, but it was the right move. We needed it.”

Duluth City Hall needs more transparency, too, Van Nett said, citing a standoff in February in her district that resulted in gunfire and the death of a K9 officer. The situation dragged on for hours with little information from the city regarding what was happening.

“I was very upset by that,” said Van Nett, who worked to get facts and then held a press conference on her own. “I did that because I needed my people to know what was going on and that it was going to be OK and here’s the process. … I appreciated the media having conversations with me so I could address the public. That’s something I think is very important, addressing the public and giving them a heads up.”

Van Nett was also front and center on ending homelessness, trying out, in her own backyard, an idea to assemble yurts as wintertime shelters in Duluth.

And she has supported new housing initiatives, including, in her district, Lincoln Park Flats at the former Robert’s Home Furnishings site at Superior Street and 21st Avenue West. Its 74 studio, one-bedroom, and two-bedroom apartments, as well as ample parking, is on track to becoming reality thanks in part to tax-increment financing approved in September by the Duluth Economic Development Authority.

Van Nett is being challenged in the primary by former Councilor Howie Hanson, who didn’t respond to invitations to meet with the Editorial Board, and Nathan Rankin, a cable-TV installer and repair technician who says he keeps tabs on what’s happening from customers while in their homes.

“A lot of people have concerns where their tax dollars are going. They’re not seeing anything from it,” Rankin said in a separate interview with the Editorial Board. “The City Council should start letting citizens vote (before making spending decisions), because, at the end of the day, we’re actually their employer.”

Two will advance to Election Day, but only Van Nett — whose strong stands and knowledge gained in her first term make her an effective representative for her district — gets the News Tribune’s endorsement for the primary.

“I wanted the Fourth District to have a voice like never before,” Van Nett said. “I like helping people, and I would love for people to continue to support me. I will continue to work hard and listen to you all and help every single way that I can.”

Building a house around Columbus? Here’s what you need to know

Fri Jul 23 , 2021
COLUMBUS, Ohio (WCMH) — Finding a home in the Central Ohio real estate market is more like a shell game. Nearly as soon as a house enters the market another buyer has put a contract on the property before you even had a chance of knowing it was for sale. […] 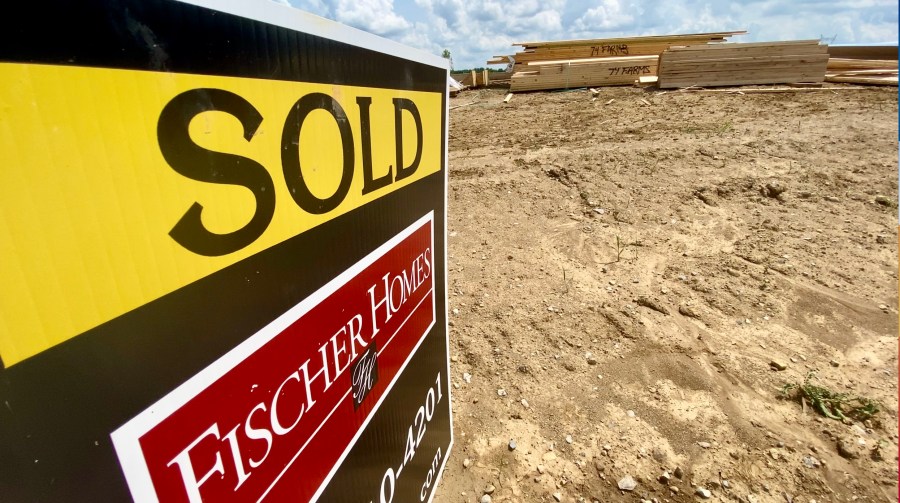