The Pasco County Planning Commission this week is expected to continue its consideration of a proposal to create a subdivision for catastrophically injured veterans, and surviving families of fallen first responders and to Gold Star families. The Stephen Siller Tunnel to Towers Foundation is seeking permission to build 115 homes […]

The Pasco County Planning Commission this week is expected to continue its consideration of a proposal to create a subdivision for catastrophically injured veterans, and surviving families of fallen first responders and to Gold Star families.

The Stephen Siller Tunnel to Towers Foundation is seeking permission to build 115 homes on 74 acres, on the south side of Parkway Boulevard, about one-half mile east of Ehren Cutoff.

The site is between the Panther Run and Dupree Lakes subdivisions.

Matt Mahoney, executive vice president of the foundation, explained the concept of the project — via a remote feed — during the planning board’s April 22 meeting.

“Our recipients are all gifted these homes. These are mortgage-free homes,” Mahoney said.

The homes will go to catastrophically injured veterans — who are missing multiple appendages or have been severely burned, he said. Homes also will be provided for surviving spouses and families of Fallen First Responders and Gold Star families.

“We have the financial wherewithal to do this. The land was donated to us,” Mahoney said. “We’re in a strong financial situation to move forward with this project.”

The foundation was established 20 years ago by Frank Siller, to honor the sacrifice of his brother, Stephen Siller, a firefighter who laid down his life to save others on Sept. 11, 2001.

“While the foundation’s previous efforts were focused on individual homes and paying off existing mortgages in various places, this is the first of the foundation’s projects to develop an entire neighborhood devoted exclusively for injured veterans and surviving spouses,” said Cyndi Tarapani, who represented the applicant.

Access to the neighborhood will be from two entrances on Parkway Boulevard. The foundation will build a northbound, left-turn lane into the project at the main entrance, Tarapani said.

The neighborhood will have a community center and play area, and has large areas of wetlands that will be preserved, she said.

And, while the code doesn’t require it, the foundation will install a 6-foot solid fence along the common borders of our neighborhoods, Tarapani said.

The proposed project is consistent with the site’s long-range plan’s designation, which allows up to three dwellings per acre, she said.

The site also is conveniently located close to Pine View Elementary and Pine View Middle schools, and is near U.S. 41 and State Road 54, she said.

Neighbors to the proposed development applaud the foundation’s mission, but raised concerns about the proposed plans.

“This is a zoning issue with us. It’s not a complaint against the organization or the work that it does.

“Dupree Lakes is similar; Panther Run, is not,” he said.

“Dupree Lakes has lot sizes that would be comparable to what the applicant is proposing.

“However, Panther Run could not be more different.”

“The proposed project would back into a portion of a neighborhood that has half-acre and larger lots,” Robinson said. “It doesn’t seem to fit in with the area and it changes the entire dynamic.”

Neighbors also voiced worries about the impact to wildlife that frequents the area. They also raised concerns about increased traffic and potential flooding.

Area resident Lee Edwards said that because the proposed development site has substantial wetlands, “those houses are going to be shoved up on top of one another — and it’s going to look like it.”

For instance, once the zoning is approved, there is nothing to prevent the foundation from selling the land to another developer.

The planning board, however, can request the applicant to agree to voluntary deed restrictions, Goldstein said.

Planning Commission Charles Grey expressed concerns about the potential for the land — once rezoned — to be sold to another developer.

Planning Commissioner Jaime Girardi wants the applicant to reduce the number of homes backing up to Panther Run.

“From my perspective, from what I’ve heard today, the biggest concern seems to be the compatibility between the user to the west, in Panther Run, and the lots in this proposed development adjacent to them.

“Frankly, that the only problem I have with this whole proposal.

“I commend what’s being proposed here, in general.

“To have a 60-foot lot next to half-acre lot, I tend to struggle with the compatibility factor,” Girardi said.

Grey told Tarapani, “As much as the board seems to like this concept and like this idea and wants to make it happen, I think, if you’re unwilling to bend on a couple of these issues, I think we only have one alternative and that’s to deny it.”

The board wants a commitment that the land won’t be sold and wants some larger lots bordering the Panther Run neighborhood, Grey said.

“I think those are two deal-breakers. I’m just reading the board here,” Grey said.

Tarapani requested a delay until the board’s May 6 meeting, to see how the applicant can address those issues. 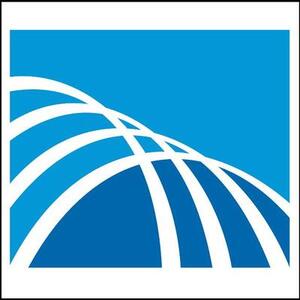