Breadcrumb Trail Links Westcoast Homes and Design Homes Featured Homes Design Decorating Dubbed Kings Residence, the final 2,275-square-foot home is laid out in an “L” configuration. A central entryway separates the private space from the tutoring office, housed in a shed-like arm off the main two-storey structure. Author of the […]

Reviews and recommendations are unbiased and products are independently selected. Postmedia may earn an affiliate commission from purchases made through links on this page.

When a client approached them to design a modern home with farmhouse flavour in West Vancouver, Brad Ingram and Lynda Krahn had little idea they’d also be creating the ultimate space to work from home during a global pandemic.

But how could anyone have predicted? It was 2017, and the duo, residential designer and principal interior designer at Synthesis Design, respectively, were simply doing what they do best: matching the living space to the lifestyle. And being familiar with the owners’ lifestyle, they knew right away that the home would need ample workspace. This would eventually include a dedicated wing for a home-based tutoring business, plus private his-and-hers studies.

“The irony of this house is that this was designed way before COVID, but it’s the perfect house to work from home,” says Ingram. Construction wrapped up in December 2020.

Dubbed Kings Residence, the final 2,275-square-foot home in West Vancouver is laid out in an “L” configuration. A central entryway separates the private space from the tutoring office, housed in a shed-like arm off the main two-storey structure. This allows clients to come and go without walking through the home.

“Being able to create that little form on the side, it kind of drove the architecture of the whole building,” says Ingram.

From there, he extracted the basic form of a farmhouse, eschewing a literal interpretation in favour of a sculptural twist. Rendering the envelope in a single, seamless form, he allowed the roofline to run into the walls, without overhangs. In lieu of trim, standing-seam metal roofing carries down the edges and west wall, tracing the building’s contours.

“We got a little bit of flack at the start because you can’t design a house in Vancouver with no overhangs; it rains,” says Ingram. He had a novel notion, instead: pushing in portions of the envelope to create indented shelters, such as at the back of the home where 14-foot-wide sliding doors open off the dining room.

Outside, the L-shape of the home wraps around an intimate courtyard. “You can literally open up the dining space right into that courtyard, and the house completely frames it,” says Ingram. “It’s just such a comfortable and enjoyable space to sit back there.”

For a minimal-maintenance exterior, Ingram landed on glossy wall-shell panelling. “It’s kind of like a high-end version of a HardiePanel,” says Ingram. At the front and back of the home, Trespa siding, a high-pressure laminate product resembling tongue-and-groove wood, adds warmth and texture.

Originally, the owner wanted natural cedar cladding. “We realized really quickly that would be a lot of surface area, and it would take a lot of maintenance over time. So we moved to this manufactured, indestructible material,” says Ingram. Underneath, a combination of spray foam and Rockwool insulation – a fibreglass alternative spun from stone – acts like a “sweater,” achieving nearly net-zero energy status, in tandem with a high-efficiency furnace, heat pump, water heater and appliances.

And while energy efficiency was top of mind, so was resale. As a working couple without children, the homeowners were content with a one-bedroom dwelling. But they saw wisdom in future-proofing, too.

“A one-bedroom house in West Vancouver is going to be a challenge to sell. We designed the space so [the owners] could add a wall and section it off, so that it could become a two-bedroom house,” says Krahn. “We truly tried to make this house flexible.”

In the meantime, the couple has bounteous room for living, entertaining and, of course, working from home.

“It’s essentially only a one-bedroom house, but upstairs is a huge open area,” says project interior designer Alice Milne. “It’s such a casual but beautiful architectural space up on that floor.”

“All the finishes are very natural and somewhat rustic but at the same time refined,” says Krahn.

In the tutoring office, the signature feature is a combination window-skylight that starts in the wall and wraps up the roofline. Nobody can quite remember who first brought this idea to the table – Synthesis or the homeowners – which is a testament to how closely they collaborated. Many a Pinterest album went back and forth as the home’s design evolved, says Ingram.

“What you see built there now is probably the fourth iteration,” he says. “Sometimes clients are like, ‘Oh, so sorry to make so many changes.’ But that’s fine for us; it’s fun. It means they challenged us.”

Sign up to receive daily headline news from the Vancouver Sun, a division of Postmedia Network Inc.

Thanks for signing up!

A welcome email is on its way. If you don’t see it please check your junk folder.

The next issue of Vancouver Sun Headline News will soon be in your inbox.

We encountered an issue signing you up. Please try again 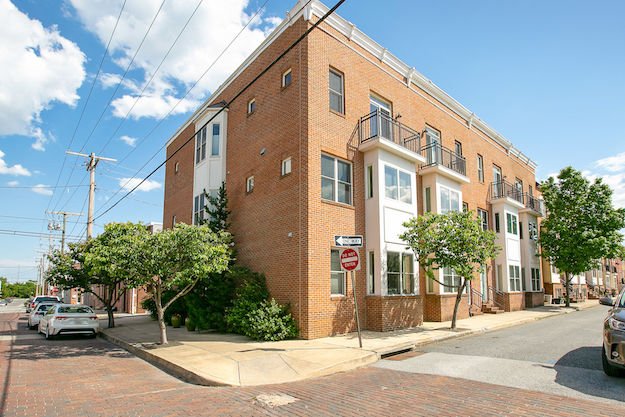