How much do people want to buy homes in Jacksonville? Dee Bumbarger talks about a cute duplex that went on the market last month in Baymeadows. She couldn’t get an appointment to see the place until the second day it was for sale, and the veteran Realtor had to file […]

How much do people want to buy homes in Jacksonville?

Dee Bumbarger talks about a cute duplex that went on the market last month in Baymeadows. She couldn’t get an appointment to see the place until the second day it was for sale, and the veteran Realtor had to file a bid by 6 p.m. to even be considered.

There were 35 offers, and the winning bidder offered close to 10 percent above the asking price.

“We’re seeing that on anything that’s priced correctly,” Bumbarger said.

Northeast Florida’s housing market, which stayed vigorous when hundreds of people per day were being diagnosed with COVID-19 last year, is having a moment as fear of the pandemic is fading in people’s memories.

Home prices were up 12.5 percent — about $30,000 on a typical home — for the first four months of this year and the number of homes under contract was up by more than a quarter, according to figures from the Northeast Florida Association of Realtors. Numbers for May are still being counted.

“They’re going under contract on day one. A couple of days on the market, it’s under contract. You should see my alerts,” said Diana Galavis, a Realtor who is the association’s treasurer.

The frantic housing market is happening around the country and making it harder to know exactly how much homes will sell for.

Galavis said a client moving here from Washington state because of his work recently offered $30,000 above a home’s asking price but still came away empty-handed. The house went to a buyer who offered about $40,000 extra.

The average home still sits on the market a little less than six weeks before it’s sold, but that’s weeks less than what had been normal in Northeast Florida.

The area’s persistent growth, coupled with low interest rates that make home-buying more attractive, has been amplifying demand at the same time that people are trying to make moves they deferred during the pandemic’s darker months.

“You have a lot of people who have the ability to go out and buy a home who are starting to compete,” said Richard J. Buttimer, dean of the University of North Florida’s Coggin College of Business, who has spent a lot of his life studying real estate.

The area’s inventory of homes for sale has been shrinking, dropping to 3,991 in April from about 9,500 a year earlier.

Builders are doing a lot to put up new homes for sale — Jacksonville’s five-county metro area issued the country’s 11th highest number of residential building permits between January and April — but supply issues are making new homes more expensive and adding delays to when they’re be available.

“We are having supply issues in just about every category of material that we deal with, some worse than others,” said Jessie Spradley, governmental affairs director for the Northeast Florida Builders Association.

Some window suppliers have told builders to expect delays of up to 19 weeks, Spradley said, and other materials are suddenly staggeringly expensive. Oriented strand board, the sheets of engineered wood called OSB that had become more popular than plywood, jumped in price from around $8 per sheet to between $47 and $50.

Lumber of all types is in so much demand that Spradley said the National Association of Home Builders estimated the lumber cost for a typical American home had risen by $36,000 since April 2020.

Business forecasts that expected home construction to fall during a pandemic-induced recession didn’t envision the amount of lumber that people working from home would buy for home-improvement projects, creating a huge strain on the available supply, said David Menachof, who teaches about business supply chains at Florida Atlantic University.

Companies are working out those problems, but it’s happening slowly, Menachof said. “Think of it as a giant ship,” he said. “You turn the wheel, [but] it just doesn’t turn like a car. … It’s going to catch up much later.”

Even if people are wiling to substitute materials, Spradley said some products — including tie-down devices required by building codes – just aren’t available sometimes. When that happens, he said, “you just have to wait.”

All of the supply issues make homes that are already built a hotter commodity and that heat is focusing some buyers on getting to closing, not on getting the lowest price.

“Right now, people are battling each other and they’re willing to pay over list price,” Bumbarger said. About 37 percent of the homes sold in April went under contract for more than the list price, NEFAR reported.

Bumbarger said a couple recently bought a house for about $750,000 that would have sold three years ago for $200,000 less. They didn’t get a bad deal, she said.

“That’s just the market,” she said.

In April, homes sold on average for 99.4 percent of the original list price, NEFAR reported.

At the end of April, the Jacksonville area had enough homes on the market to last about five weeks, according to NEFAR data. A year earlier, it was about three and a half months.

Galavis said she thinks more people will decide to sell their homes in the next few months and have held back so far because they had time and didn’t want to deal with selling and moving during the pandemic. But that’s just guesswork, which is the best anyone can do. She thinks the market will stay really strong into next year, but knows she could be wrong. 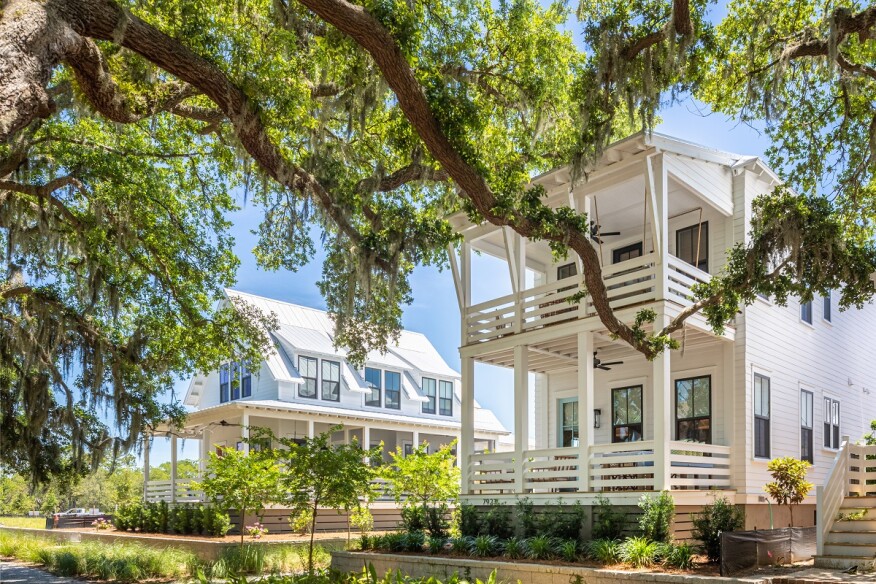