The Indiana Department of Transportation is beginning a public conversation about a new project  being planned for an 8-mile stretch of the northwest portion of Interstate 465 extending from 86th Street to North Meridian Street, or US-31. Half of the bridges in that span have less than 5 years of life […]

The Indiana Department of Transportation is beginning a public conversation about a new project  being planned for an 8-mile stretch of the northwest portion of Interstate 465 extending from 86th Street to North Meridian Street, or US-31.

Half of the bridges in that span have less than 5 years of life left, some interchange designs are “less than desirable,” and most sections are headed toward traffic-flow breakdown if changes aren’t made, project managers said Wednesday during the first public meeting on the subject.

INDOT and consultants Parsons and HNTB Corporation are merely at the study phase, which means they are still determining the needs of the corridor. The study area also extends half a mile onto I-865 and includes three I-465 interchanges.

While project managers offered a glimpse at what needs fixing, an actual project design is still at least a year or two away, and construction is even farther out.

Here’s what we know so far.

Where exactly is the new project?

The study area begins at 86th Street, which intersects with I-465 just below the northwest tip of the loop. It includes the I-465/I-865 interchange, and half a mile of I-865 to the west. On I-465, the project currently extends east past the North Meridian Street interchange to North College Avenue to account for work potentially needed to reconnect improved roadways to existing ones.

Consultants say congestion issues are only projected to get much worse.

They studied traffic flow along eight sections of the roadway in February 2020. On a grading scale of A to F — where A is free-flowing traffic with no restrictions on movement, and F is a total traffic breakdown where small incidents lead to major backups — five of the eight sections scored D or worse. Those five sections — mainly from the I-865 interchange to just before the Meridian Street interchange — are projected to score an F by 2045. A grade of “D” is INDOT’s minimum target for this project, while “C” is desired.

According to INDOT bridge inspections conducted every two years, 17 of 36 bridges in this span have less than 5 years of service life remaining.

Some of the designs are not the most user-friendly, from tight weaving situations to curves to the driver experience when navigating the interchanges.

“We want to figure out how to make 465 the predominant movement so you don’t have to feel like you’re exiting the interstate to stay on the interstate,” said Mark Perron, consultant project manager with Parsons.

What work is being proposed?

Nothing yet. This public meeting kicked off the study phase, where project managers assess needs and take public input. Whether this project will entail adding lanes or adding to the highway’s overall footprint are unknown.

There is no set timeline yet for final design and construction, but construction will not begin until the Clear Path and I-69 Finish Line projects are complete.

How can I submit my two cents?

The team is looking for public feedback on what kind of improvements this corridor needs and the impacts construction would have on the surrounding communities. Anyone with input can email Alex Lee, public involvement lead with Parsons, at [email protected]

Wait, isn’t there already a project planned for I-465?

The I-69 Finish Line project, a half-century endeavor to connect Evansville and Indianapolis and which includes improvements to the southwest corner of I-465, is expected to wrap up in 2024.

A project considering variable speed limits and on-ramp traffic signals in the southeast portion of I-465 is expected to begin in 2022.

The I-69/I-465 interchange is getting rebuilt soon, with construction expected to begin in spring 2022 and wrap up by 2025. This is also known as the “Clear Path” project.

Any construction associated with INDOT’s newest project would occur at the tail end of the Clear Path and I-69 Finish Line projects, environmental lead Adin McCann said.

5 home upgrades under $25 on Amazon that everyone's obsessed with

Fri Sep 10 , 2021
If you purchase an independently reviewed product or service through a link on our website, we may receive an affiliate commission. Is the interior of your house or apartment has been looking a bit drab lately? You really shouldn’t feel bad because we can guarantee that you’re not alone. It’s […] 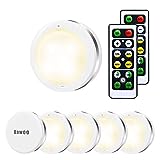