This is a pleasingly wide alley straddling commercial and residential opposite the Royal Opera House in Covent Garden, but was once in a different place and much less visible. Martlett Court first appears around the 1700s, as a narrow alley between buildings linking Bow Street to Drury Lane on the […]

This is a pleasingly wide alley straddling commercial and residential opposite the Royal Opera House in Covent Garden, but was once in a different place and much less visible.

Martlett Court first appears around the 1700s, as a narrow alley between buildings linking Bow Street to Drury Lane on the other side of the block. The area was still semi-open even then, so lots of back gardens behind the houses on Bow Street, and the houses that lined the alley at the time. By the 1820s though all that was gone, and the area was increasingly densely developed.

By the late 19th century, Martlett Court was very much a typical alley of the times, with a narrow covered walkway fronting Bow Street which you could walk through to the alley behind, which was still lined with small terraced houses.

One row of houses backed onto the newly built Bow Street Police Station.

World War 2 was to see all though change though. A direct hit to the south of the alley destroyed all the buildings in the vicinity, including the ones lining the alley. After WW2, during clearance of the ruins, it was decided to move the alley slightly northwards so that it would run alongside the police station, so the alley today sits on land that was once people’s homes.

On the rest of the bomb site was built the brutalist Bastion House for the Post Office as the Covent Garden telephone exchange.

As telephone exchanges shrink from giant rooms to the size of silicon chips, British Telecom leased out the upper floors to the Design Council, who are still there, and later, at the turn of the Millenium took out the remaining equipment from the lower two floors.

At the same time, the building got its current metal mesh cladding, which was designed to slightly hide the brutalist concrete structure. Although still used by British Telecom for its vans, most of the space is now leased out as offices.

There used to be a classic BT telephone box next to the alley, unsurprisingly considering the building’s owners, but it was removed in 2014. There was also a modern telephone box in the alley as well, but not a British Telecom one. It was put there by New World Payphones, which seems delightfully cheeky of them.

In the days before mobile phones, it was a lucrative business, but like many modern payphones, it ceased to be of use and lacking much aesthetic appeal either was removed in 2018.

Today the alley serves as a convenient link between Bow Street and Drury Lane, and for access to the residential areas behind the former police station, recently converted into the NoMad hotel.

It shows two very different aspects, on one side Victorian brick and stucco work, and the other uncompromising 1960s brutalism.

The trees were added in 2003 by the Westminster Tree Trust as a row of Chanticleer Pear Trees and were planted by Jaimie Tapper, the principal dancer at the Royal Ballet. There’s a small plaque in the ground to mark the occasion.

The alley will become somewhat busier now than it has been for many decades, as a new attraction has opened, with an entrance in the alley – the Bow Street Police Museum.

So where people used to hurry though, now groups are likely to meet up before heading into London’s newest museum.

Tue Jun 15 , 2021
The growing pains in Pueblo West are becoming agonizing for home builders as everything from road construction requirements to other climbing costs are putting the squeeze on the dream home budget.  Kirby and Kiaha Quint wanted to build a new home for their family of four in Pueblo West but were blindsided by a requirement to pay for road […] 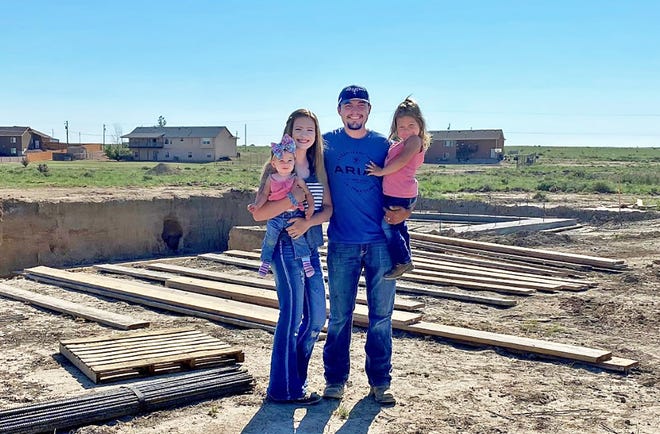