And the squeeze is just going to get tighter: Knoxville needs approximately 40,000 more housing units by 2050 for the area’s growing population, according to Amy Brooks, executive director of Knoxville-Knox County Planning.

“In the home-building world, 2021 is basically the best of times and the worst of times,” Cook told Knox News.

A study by the National Association of Realtors estimates the U.S. needs an additional 6.8 million housing units to meet demand.

Homebuilders say it will take everyone working together to solve Knoxville’s supply issue and still save its reputation as an affordable place to live.

It’s difficult for builders to estimate how much a home will cost because of surging material costs and manufacturing delays.

In May, the National Association of Home Builders reported higher lumber costs have increased new home prices by $36,000 on average.

PRICES:Knoxville home prices are rising faster than those in Nashville, nationwide

REAL ESTATE SNAPSHOT:Sellers hold all the cards despite inventory increase

On top of increasing costs, the lack of available land in East Tennessee is a concern.

Developers buy land and prepare it for housing by putting in the necessary infrastructure, including roads, utilities, sewer lines, electricity and more. Then, they sell the empty land to a building company to construct homes.

Instead of selling individual plots to builders, many developers are pushing to sell whole subdivisions as infrastructure prices rise. Cook said buying that much property isn’t “financially feasible” for his business and other locally owned operations. The result is fewer developable lots for local home builders.

“The developable land inventory is down, and it’s shrinking fairly rapidly,” Brooks told Knox News. “We live in an area of the country that has a lot of topography. We have a lot of water. So the land that is still available to be developed is more challenging pieces of property. I think that that will prove to be more of a challenge for the development community.”

What’s the bottom line for buyers?

Pre-pandemic, Cook said his company would agree to build homes up to nine months before construction began. Estimating a home’s price was easy for Cook then. Despite high demand now, he’s turning away buyers because it’s impossible to keep a promise on final cost.

“It does hurt the real estate market because people aren’t able to get a home as fast as they want, but as builders, we’ve got to protect ourselves and not sell something that we can’t construct at the price we agreed to,” Cook said.

Cook told Knox News his company isn’t signing contracts again until August, and he only plans to take on three new clients. He hopes to start building those homes by December and said they could take five or six months.

“As a businessman, I don’t want to turn people away,” Cook said. “I just don’t have any other options right now.”

If Knoxville’s housing supply isn’t replenished, the area’s affordability and economic growth are at stake.

“If there’s not enough housing, then what’s going to happen is … price will just continue to increase until it gets out of hand and people are priced out,” Cook said. “I don’t think that’s good for the community as a whole, and it certainly isn’t good for businesses locating here.”

Knoxville-Knox County Planning’s 2020 report said the number of residential building permits was down 9% from the previous year, but up 18.5% from 2016. Brooks believes construction is on track for continued growth, even after this year’s sharp increase in demand. Cook isn’t so sure.

“We are in such a hole right now, we can produce homes at the pace we’re building at today and we wouldn’t be out of it in five to 10 years,” Cook said.

To ramp up residential building, it’ll take policy changes by local government, a commitment by construction companies and the investment of stakeholders. Brooks said it will take creative thinking to get there.

“Part of the solution is found in new considerations of housing mix,” Brooks said. “Filling demand entirely with single-family homes may not be feasible, realistic or desired future.”

Knoxville-Knox County Planning is working to make building more accessible and affordable with the Knox County Comprehensive Land Use and Transportation Plan, which was announced in May.

The plan will guide land use and transportation decisions for the next 20 years, identifying areas of Knox County that should be preserved and those that are fit for growth.

Hancen Sale, governmental affairs and policy director for the Knoxville Area Association of Realtors, has proposed ways in which governments could address the housing shortage and make building homes easier.

Tue Jul 13 , 2021
Whether you are a die-hard Star Wars fan or just a lover of contemporary architecture, this Houston, Texas property is a really unique find. The luxurious 7,000-square-foot “Darth Vader House” has just been listed for the price of $3,950,000 and might be your ticket to coming to the dark side. […] 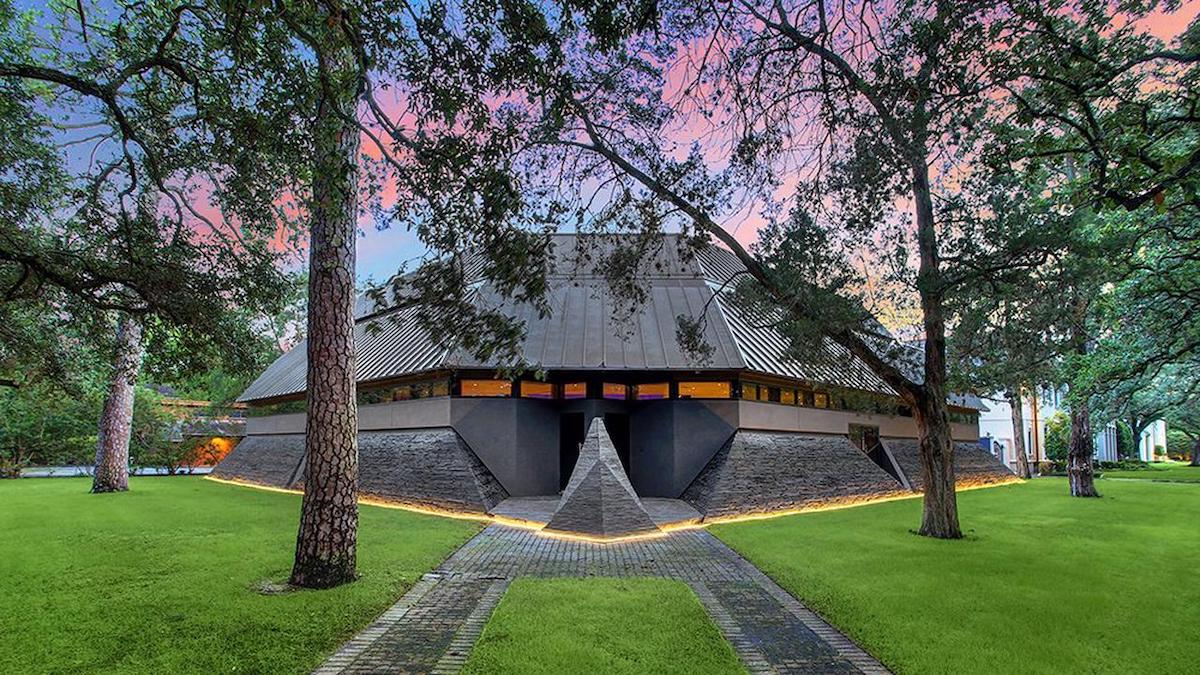