HBA of Michigan said the cost of lumber alone has raised the cost of a new home by $36,000 since the beginning of the year. MICHIGAN, USA — For many people building homes, decks, or completing other projects, the price of the materials has increased the budget.  In fact, the […]

HBA of Michigan said the cost of lumber alone has raised the cost of a new home by $36,000 since the beginning of the year.

MICHIGAN, USA — For many people building homes, decks, or completing other projects, the price of the materials has increased the budget.

In fact, the Home Builders Association (HBA) of Michigan estimates the cost of lumber has raised the price of a new home by $36,000 since the beginning of the year.

“It’s just thrown fuel on the fire of affordability in our state,” said Bob Filka, CEO of HBA of Michigan, “As it is, we are facing a huge housing shortage in our state, particularly for homes that are really in that middle price range, that first-time homebuyer home.”

Filka said often the higher-end builds can absorb the extra cost with a low interest rate. However, for those looking to build the middle-end and starter homes, priced usually between $250,000 and $300,000, it could push them out of being able to afford it.

It is not just the cost that is up for lumber and other materials, but the availability. Filka said they have some builders with a waiting list of two years or longer for new customers.

Have you felt the effects of the lumber shortage? One builder I spoke with said materials have TRIPLED in price from last year. HBA Michigan said the cost of lumber has raised the cost of a new home by $36,000 since the beginning of the year in Michigan.
More at 6 on @wzzm13 pic.twitter.com/N9CnerEzw5

Vander Meulen said the lumber prices have risen “astronomically” in the last year. He estimated multiple material prices are triple what they were last year, saying it has really put a dent on the industry.

“We’re starting to see issues with not being able to get appraisals from banks,” said Vander Meulen.

There are multiple reasons for the materials shortage that is driving up the cost. Filka said one big one is tariffs, but also hurricane season destroyed a major PVC manufacturer, and the pandemic has created some changes to factory workflow. Vander Meulen also said there was a mad rush last summer during the pandemic, when people were home more and wanted to do upgrades.

“This year it’s just impossible,” said Vander Meulen, “It’s hard to get materials. You have no idea what things will cost in the next week. It’s just very, very challenging.”

Filka said the state should step in and help provide some policy solutions to help ease the issue, as it is creating a big strain on the already “dysfunctional marketplace.” He also said the national HBA has been pushing for a summit with federal leaders and industry leaders about what can be done.

Vander Meulen said he expects the issue to last for two years, maybe longer. Although, he does believe the prices will come back down, but it will be a while.

“The builders I know, the suppliers I know, are not gouging people,” said Vander Meulen, “They’re just getting their pricing, and have to pass it on. It’s a bigger issue than the guys in the field. I’m not out here making millions of dollars, it’s hard for everybody right now.”

Chad McNew, owner of Montell Construction, passed along a few tips to help homeowners navigate the materials shortage. He said his team is meeting multiple times a week to go over the price changes and what is in stock, and the prices are significantly higher. However, it is not all bad news.

Tips for building a home, deck, or other project in the materials shortage:

“When you sign an agreement with a contractor, that is your agreement,” said McNew, “Read through the paperwork. So, if there is a clause that says the rate increase on material will be passed onto homeowner, it might look good on the front end, but if you’re getting hit with a rate increase halfway though, you’re not going to be a happy customer.”

McNew said a good, quality contractor will be able to answer questions about duration on site, timeline and more. However, the homeowner should be prepared something may come up throughout the process that pushes the timeline out a little bit.

RELATED VIDEO: After a slowdown in 2020, GR construction projects slated for downtown over the next year 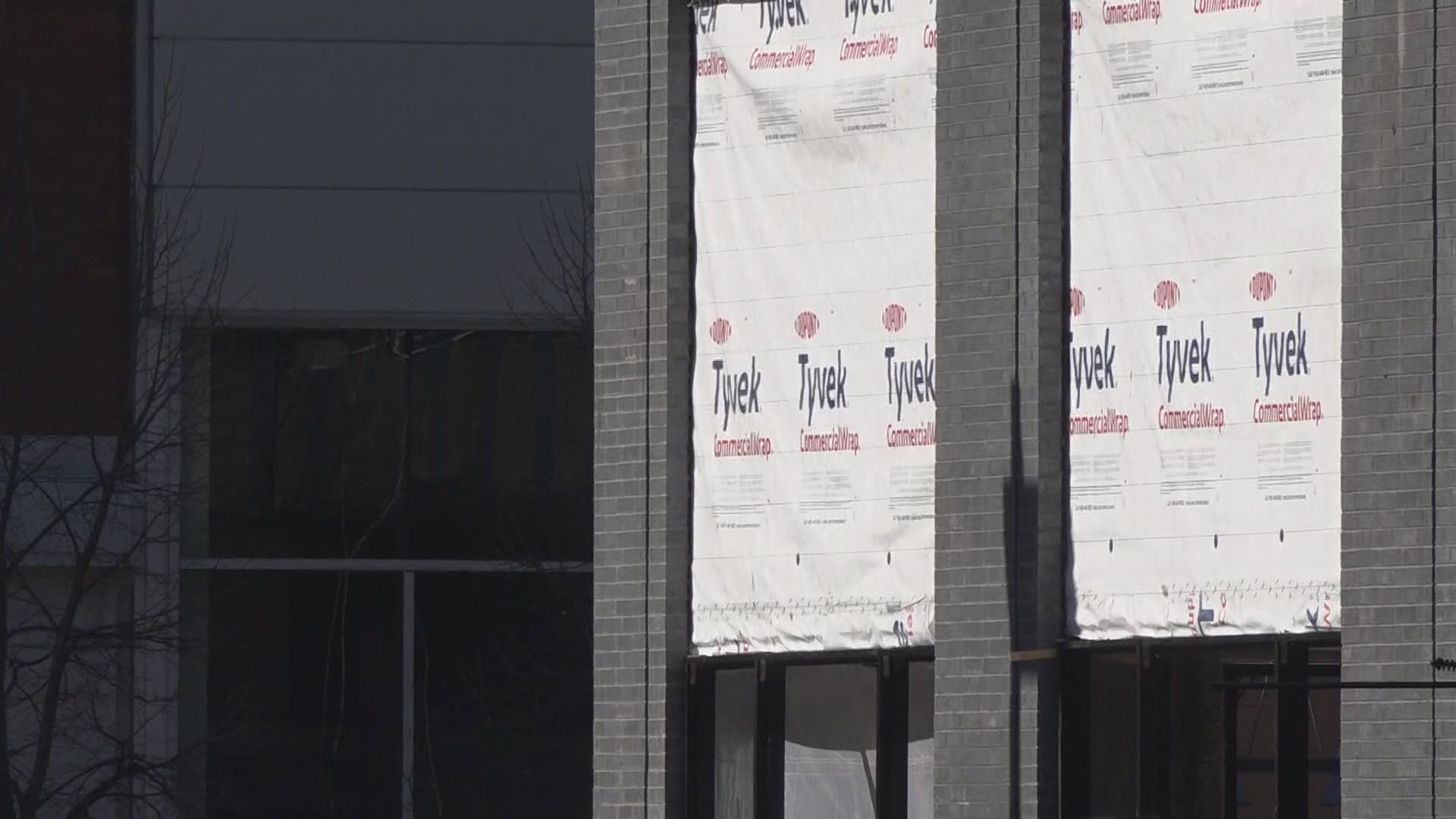 ►Make it easy to keep up to date with more stories like this. Download the 13 ON YOUR SIDE app now.

Sun May 9 , 2021
Every studio has a story, Andy Berg likes to say about the spaces he builds out of old shipping containers. On a recent blustery spring day, Berg was on the hunt for a new story. With wife Sarah tagging along for the first time, Berg gazed across stacks of multicolored […]