In late June, when temperatures climbed to 115 degrees in Portland, Oregon, houses and buildings across the Pacific Northwest were caught way off guard. Most were designed for much cooler temperatures, with insulation and ventilation tuned to handle moderate highs and lows. Typically, even on hot days, the evening lows […]

In late June, when temperatures climbed to 115 degrees in Portland, Oregon, houses and buildings across the Pacific Northwest were caught way off guard. Most were designed for much cooler temperatures, with insulation and ventilation tuned to handle moderate highs and lows. Typically, even on hot days, the evening lows would be cold enough to bring down the overall temperature of buildings, keeping them from turning into roasting ovens. Air conditioning was typically irrelevant, and buildings could usually stay comfortable passively, or without much intervention.

But that was before. The heat wave showed that temperatures can and probably will continue to be higher than in previous decades. The low- or no-effort temperature control that has been designed into the region’s homes likely won’t be able to keep up, according to Mike Fowler, an architect at Seattle-based Mithun. “We’re going to phase out of that by the end of the decade. And this has been eye-opening for a lot of folks,” he says.

A new type of building design will be needed in the Pacific Northwest sooner than most people expected, he says, but design approaches that are regularly used in hotter, more extreme climates offer some clues for how architecture will need to evolve.

Architects around the world are designing solutions to increasing temperatures and more frequent heat waves. New materials, advanced heat modeling techniques, and some longstanding design principles are showing that even when temperatures hit unexpected peaks, our homes and buildings will be able to stay cool without consuming huge amounts of energy.

One formal approach is a building standard known as Passive House. Originally developed in Germany in the 1990s and now modified for countries and climates around the world, Passive House is a performance-based standard that relies on creating tight and energy-efficient building “envelopes”—the walls, roof, and windows that have a higher than normal level of insulation and seal. With triple-paned windows, energy-efficient heat pumps, and highly insulated wall systems, Passive House buildings are practically air tight and reduce the amount of temperature change inside when it’s very hot or very cold, leading to long-term savings on energy costs. The idea of passive building goes back centuries across continents, and it’s a concept that’s taking on new relevance in places like the Pacific Northwest.

Fowler is a member and former president of Passive House Northwest, a regional group working to get more architects and builders to apply those principles. “The pitch is that you’ve got one chance to invest in your building envelope—the windows, roof, and walls,” Fowler says. “Do it right so that something you build now is going to be resilient into the future.”

He says the number of Passive House projects in the region is growing. Mithun, where Fowler is a senior associate, has four projects in the works that are being designed to meet the U.S. Passive House standard. “There’s a lot more interest, there’s a lot more knowledge,” he says. “Would love to see it go faster, but it is certainly trending upward.”

Even without meeting the official standard, many of the ideas behind Passive House are showing up in places where extreme heat is a matter of daily life. In Phoenix, the architecture firm Studio Ma has specialized in designing elements into their buildings that passively keep them cool, using shading, overhangs, and cantilevers to shield them from the heat of the desert. Using thermal-imaging software, the firm has analyzed surfaces in Phoenix and found that existing buildings with heavier materials like stone and masonry on their exterior surfaces hold much more heat than buildings with lighter exteriors, such as wood. By using lighter, better insulated materials on the outside of buildings and limiting the heat that falls on them, buildings can have much more manageable internal temperatures, according to Christopher Alt, the firm’s co-founder.

“Some people call it ‘outsulation’ because the insulation is on the outside, but it’s very dependent on the climate you’re in,” says Alt. “As people in Oregon are experiencing 115 degrees, their solutions probably look different than ours, but the same kind of thinking applies.”

They put these ideas into practice in a new 16-floor residence hall in Phoenix for Arizona State University. The firm used daylight and energy analysis tools to optimize the orientation of the windows, and added small facets to the facade to allow part of it to shade itself. This allows enough daylight to come in for the building to reduce its lighting needs while also minimizing how much the sun heats up the building. Christiana Moss, the firm’s co-founder and managing partner, says that especially for large buildings, architects will need to pay more attention to the heat entering buildings through their windows. “At this point, it’s almost glaringly irresponsible to not consider your glazing ratios and reduce the glass on your facades,” she says.

These kinds of passive cooling concepts can also be affordable. Marlene Imirzian runs an architecture firm with offices in Phoenix and Escondido, California, and she’s used passive cooling elements in many of her projects, including systems that combine shading, low-lying operable windows that pull cool air into buildings, and a solar chimney that vents hot air out at the top. Imirzian says these design elements can slash energy use to about a quarter of what existing homes use. “It’s not about highly specialized systems. It’s about using natural flows, protecting the glazing from direct solar gain and designing the [enclosed space] to allow for air movement,” she says.

Imirzian’s firm applied this idea in its winning entry in the City of Phoenix’s net zero energy home design competition. They found that implementing these concepts into a 2,100-square-foot home would end up costing about the same to build as a typical air conditioned home, without the need to use the air conditioner nearly as often. “Cost per square foot becomes a non factor. It’s really about designing with this performance in mind from the beginning,” Imirzian says. “If we start doing these single family homes well, we can significantly reduce energy use.”

But there are still some hurdles to implementing these kinds of passive design techniques. Ben Caine is an architect in Perth, Australia, who designs homes to meet the Passive House standard, and he says that some of the lighter exterior and insulation materials commonly used on Passive House projects are still hard to get in Australia. For things like wood fiber and hemp insulation, he says, getting materials sent over from Europe can take four to five months, and be four to five times as expensive as conventional materials. “The supply chains and distribution channels for a lot of these materials just don’t exist yet,” he says.

He’s still been able to implement some passive cooling techniques in projects, including a house he’s now having built for himself. By focusing on keeping the building envelope tight, adding high ceilings in some areas of the home and using efficient ceiling fans, he says he’s been able to reduce heat from getting into the home and also cut down on the need for air conditioning, though not completely.

Though air conditioning is condemned for wasting energy, Caine says that it’s not necessarily evil; cooling a house down actually takes less energy than heating it up. That doesn’t mean he’s turning the A/C on full blast, though. By focusing on air-tightness and passive cooling techniques, even homes in hot environments like Australia can cut down on the amount of time they need air conditioning to stay comfortable.

“What we’re looking to do is improve what’s called phase shift, that’s the time it takes for the extreme heat on the outside to pass through the building envelope and reach the inside,” Caine says. “Even if you do have air conditioning installed as a backup, you’re using it a lot less through the use of these materials.”

With more places beginning to see higher temperatures, these design concepts may soon become more of a mainstream part of architecture. Imirzian, who’s currently in talks with builders to develop her net zero home design for Phoenix, says that it’s only a matter of time before these kinds of design ideas spread out beyond very hot climates. “I think it’s very, very transferable around the world,” she says.

Fri Jul 9 , 2021
A one-day music festival raising money for affordable housing projects The 24th Annual Blues & BBQ for Better Housing music festival will be held on Saturday, July 17th, at Citizens Park in Edgewater. Blues & BBQ has raised over $355,000 to renovate and build homes since it was started in […] 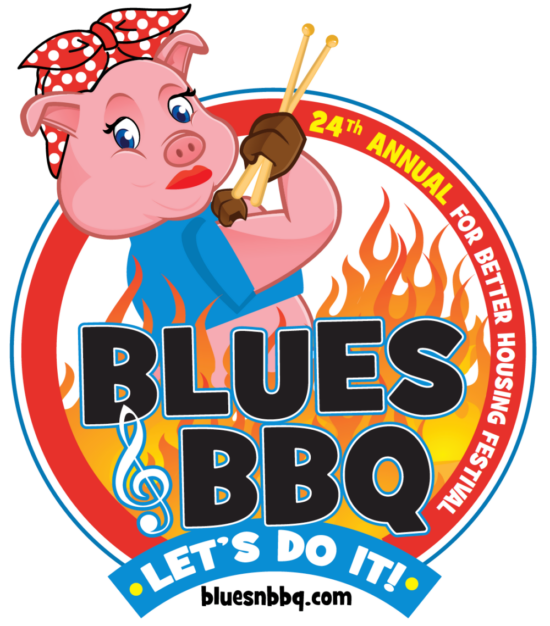