A home in Jacksonville, Florida, that’s listed for $999,000 has some people bewildered in more ways than one.

It’s called the Wilensky House, and despite it gathering some attention now thanks to the popular Facebook page “Zillow Gone Wild,” the five-bedroom, five-bathroom home has been featured in print – at least it was back in the 1960s.

Jax Psycho Geo managed to dig up an old article about the house from The Florida Times-Union:

“Royal Hues, Shapes and Forms of Arabian Abstractions Give House Romantic Look,” the Times-Union said in 1962, according to Jax Psycho Geo. Even back then, the home’s interior appeared to revolve around an indoor swimming pool – something it still does today.

The home sports a number of odd features, including a window filled with trophies that are showcased when approaching the front entrance. There’s also a mural “illustrating ‘The Shahnemah,’ sometimes called ‘The Book of Kings’ an epic poem of 50,000 couplets written by the Persian poet Ferdowski around the year 1,000,” Psycho Geo reported.

There’s also a staircase in the photos that has fans of the zany Facebook page slightly confused.

“Luckily the trophies are easily removed, but I have to know … where does the spiral staircase go!!??” one person commented on “Zillow Gone Wild”.

“I NEED to know where the stairs go,” said another.

“This is my dream house … it’s utterly perfect,” wrote another fan. “Where does the spiral staircase lead though??”

Other fans were baffled by the upgrades in the home as well, since the listing also posted black and white photos of what the home looked like before.

“I’m pretty disappointed that they redid the kitchen and bathroom in crappy generic box store things,” expressed one person. “It could have been soooo cool!!”

“I wish they hadn’t tried to ‘modernized’ it. It’s ruined,” said another.

“I’m really mad about the kitchen and bathroom remodel being so out of character, but I still love it,” one commenter said.

“I kind of wish they had left it the way it was,” said one person. “Mid century modern + 2000s modern doesn’t really work.”

And, of course, others came with jokes.

“The owner of this house definitely has more than one crystal that has a name,” said a fan.

“Makes me feel like it’s going to show up in a serial killer documentary,” joked another.

The listing is held by Watson Realty Corp.

TJ Macías is a Real-Time national sports reporter for McClatchy based out of the Dallas/Fort Worth Metroplex. Formerly, TJ covered the Dallas Mavericks and Texas Rangers beat for numerous media outlets including 24/7 Sports and Mavs Maven (Sports Illustrated).

Last weekend for the Parade of Homes

Tue Jul 20 , 2021
By Michael Gruber, President, Building Industry Association of Stark & East Central Ohio The 57th edition of the Parade of Homes is open and waiting for you! It takes place through Sunday in Massillon at Augusta Lakes. This year’s show has five impressive, newly constructed homes – all showing off […] 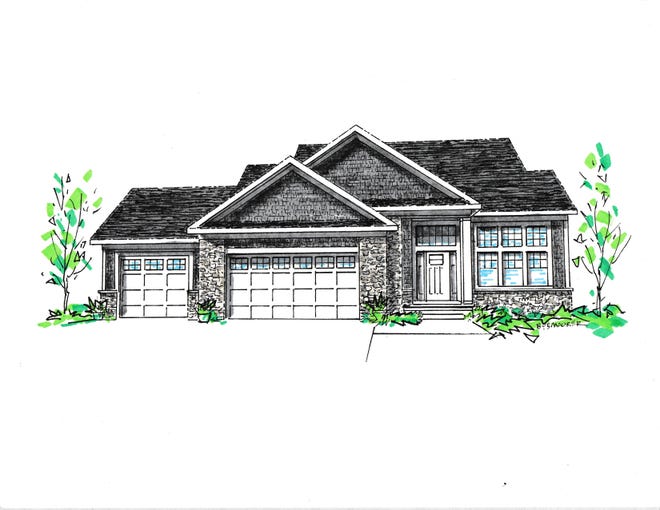