All photos by Rosie Fiore for Compass Nestled among woodland and rocky landscape, this mid-century modern home in the historic Bronx neighborhood of Fieldston is now available. Asking $1,625,000, the property at 4710 Grosvenor Avenue offers quiet and space that comes with suburban living, but also still benefits from its proximity to Manhattan. In addition to […]

All photos by Rosie Fiore for Compass

Nestled among woodland and rocky landscape, this mid-century modern home in the historic Bronx neighborhood of Fieldston is now available. Asking $1,625,000, the property at 4710 Grosvenor Avenue offers quiet and space that comes with suburban living, but also still benefits from its proximity to Manhattan. In addition to being surrounded by nature, the five-bedroom home is architecturally noteworthy, with 14-foot-high beamed ceilings, a library loft, and a terrace built into the rock outcroppings. 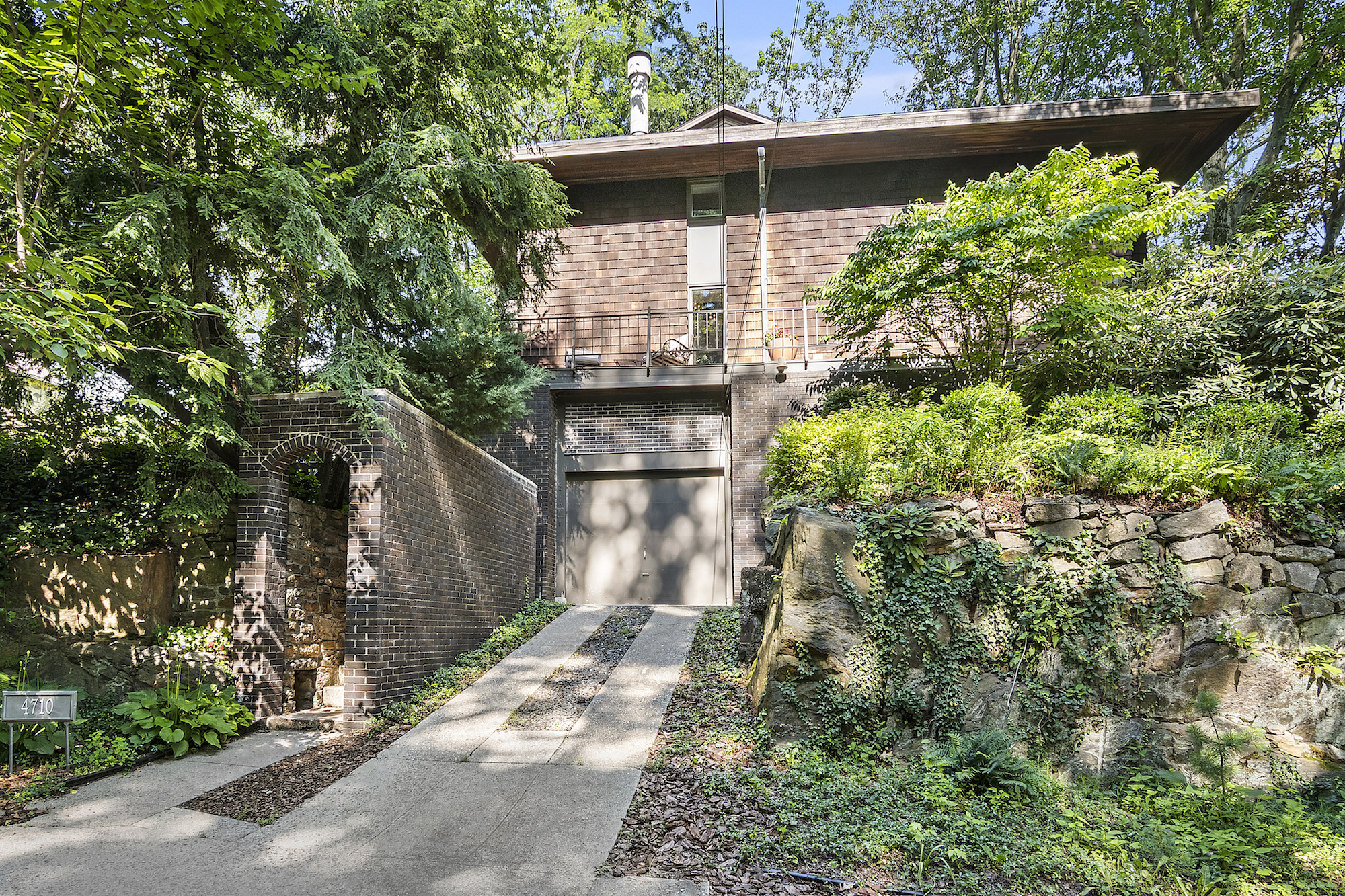 Most of the homes in the neighborhood, which was designated by the Landmarks Preservation Commission as a historic district in 2006, were built before 1950. However, after the Fieldston Property Owners’ Association relaxed some of its architectural guidelines, several properties were built in the mid-century modern design, including the home at 4710 Grosvenor Avenue.

Built between 1964 and 1967 and designed by architect Carl K. Panero, the home features a wood frame exterior with shingles on a brick foundation. According to the LPC’s designation report, the house is characterized by a “complex plan and roofline, and features Mid-Twentieth Century Modern-style elements, such as its low-slung roofs with wide overhanging eaves and its doors and windows set in vertical bands.” 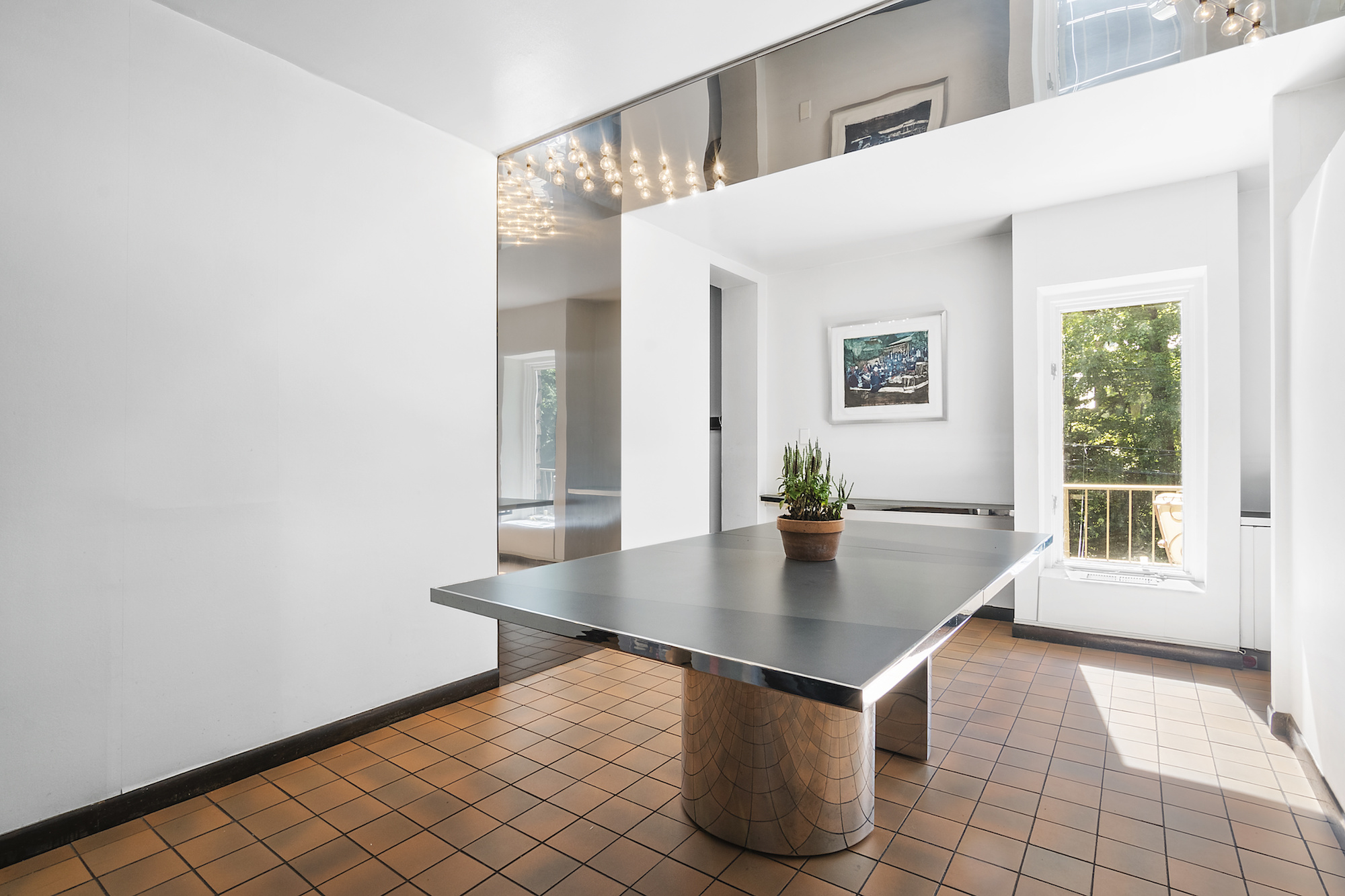 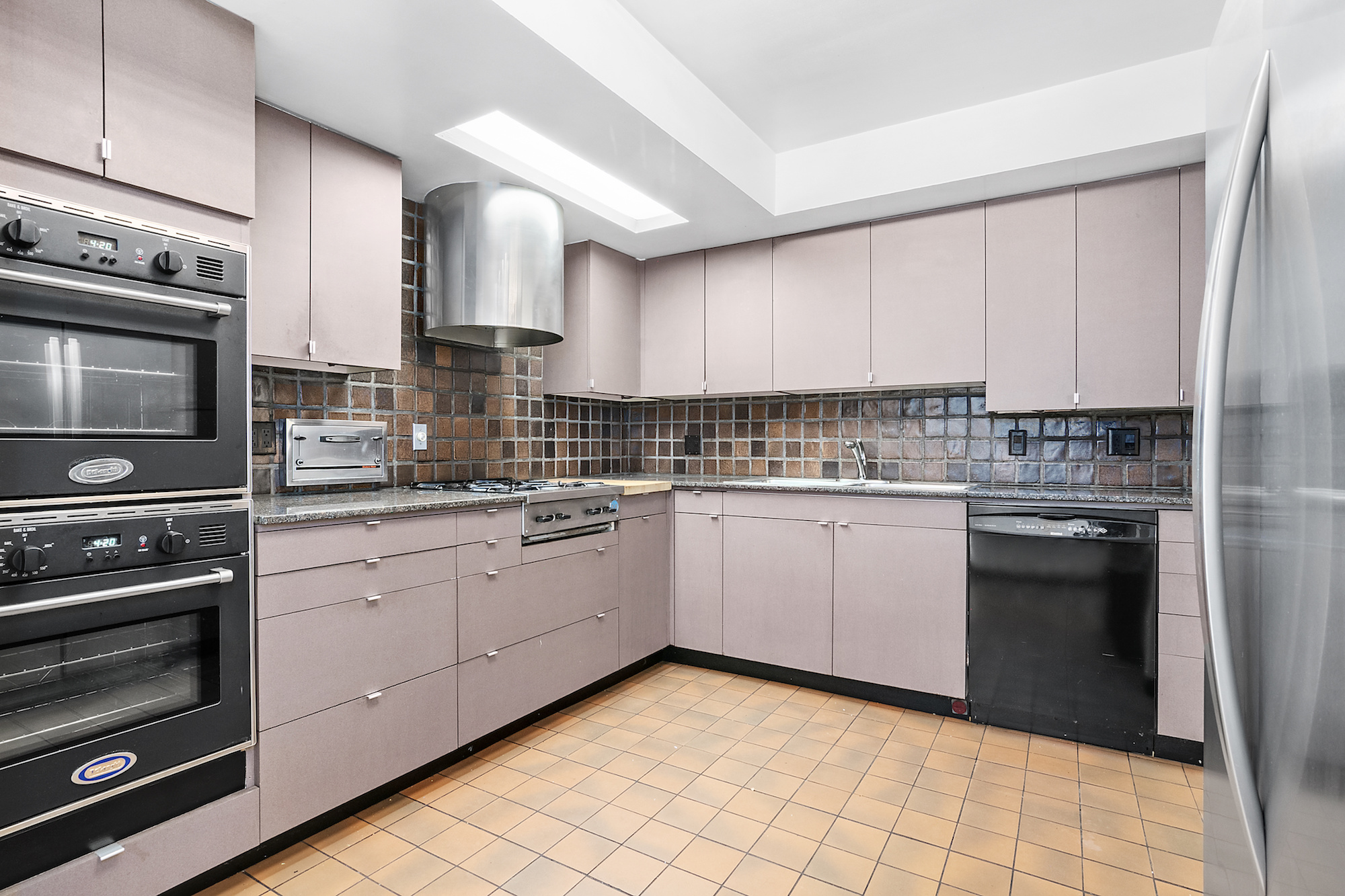 The home contains five bedrooms and three baths across four levels, not including the extra space found in the lofted living space, basement, and garage.

On the first level, there’s a spacious kitchen that has plenty of cabinets and counter space, which both could use an update, depending on the new owner’s style. Next door, there’s the formal dining room, which features crisp white walls, tile flooring, and an interesting mirror strip that centers the room. 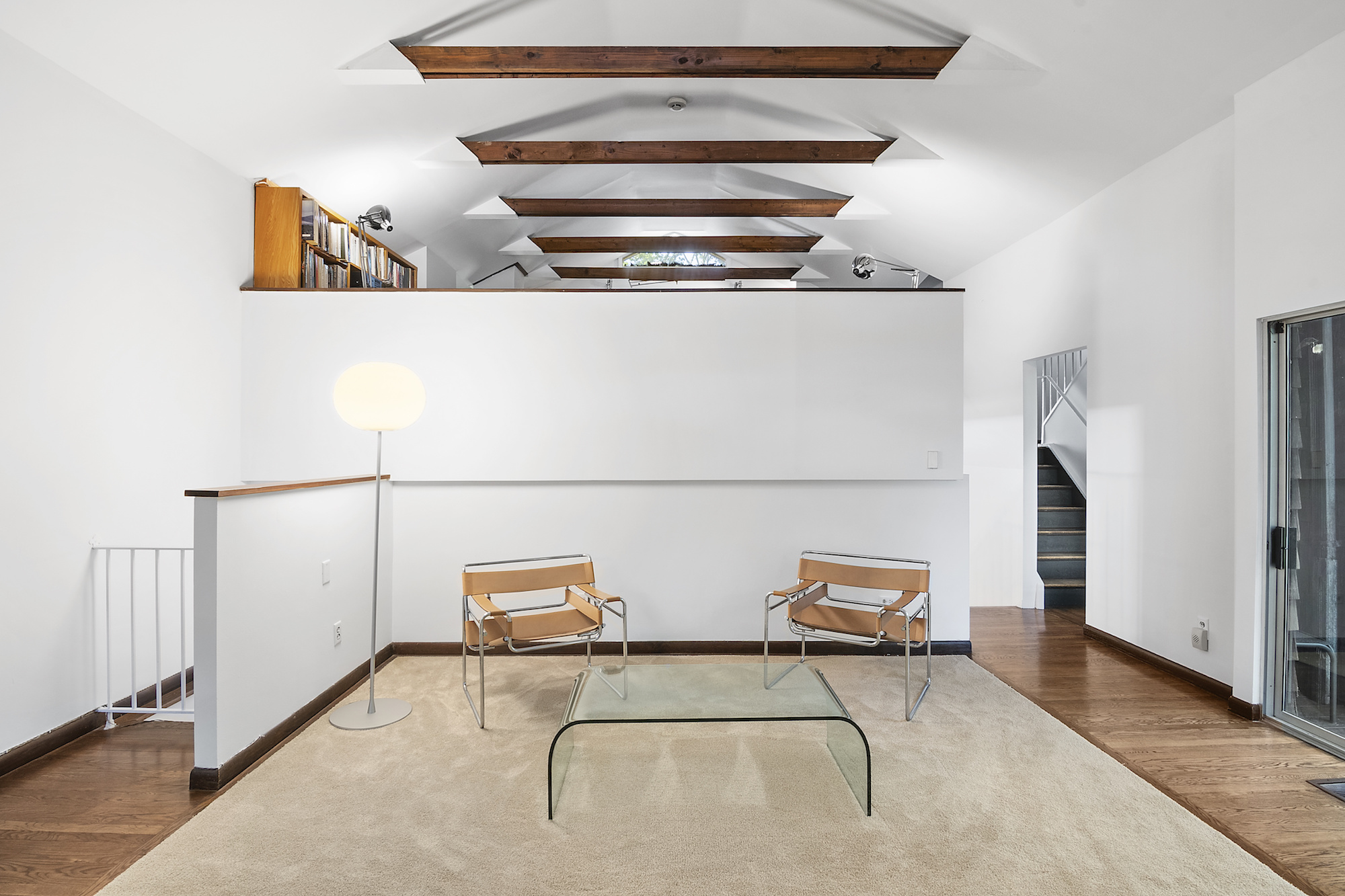 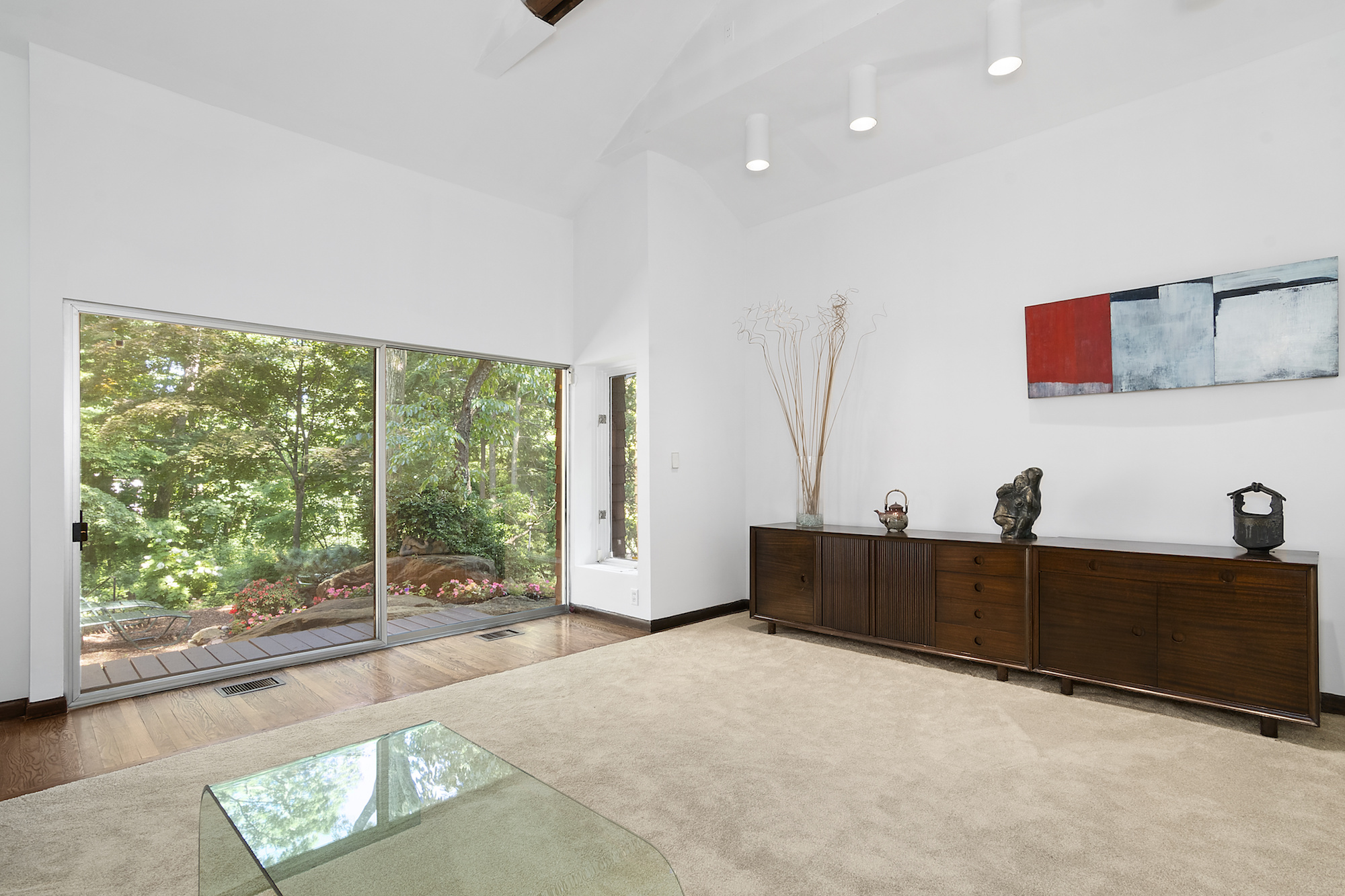 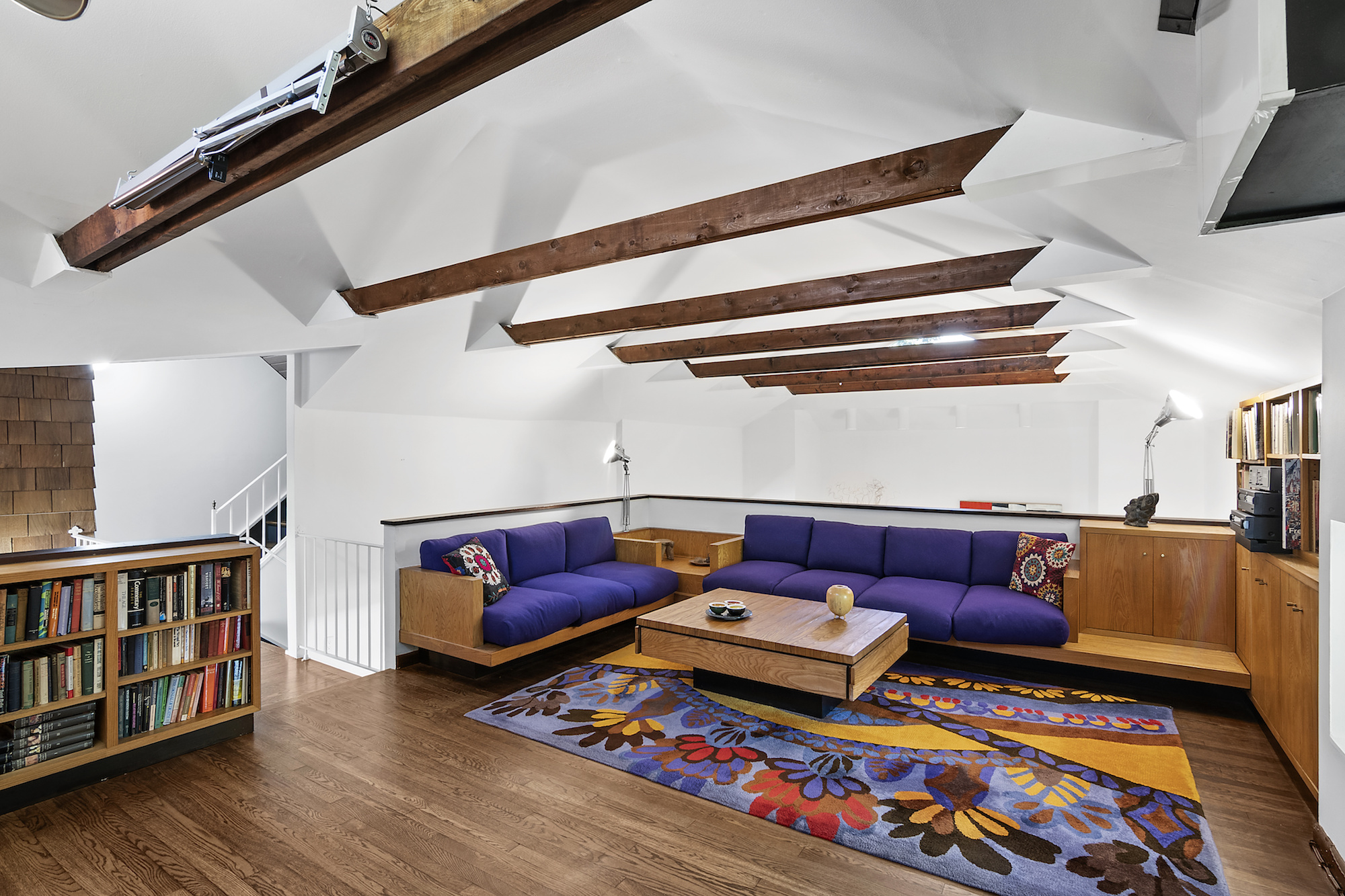 The second floor is home to a massive living room that directly connects to an outdoor patio via huge sliding glass doors. Overlooking the living area is the cozy lofted library/ family room, which comes equipped with a retro wet bar and a fireplace. 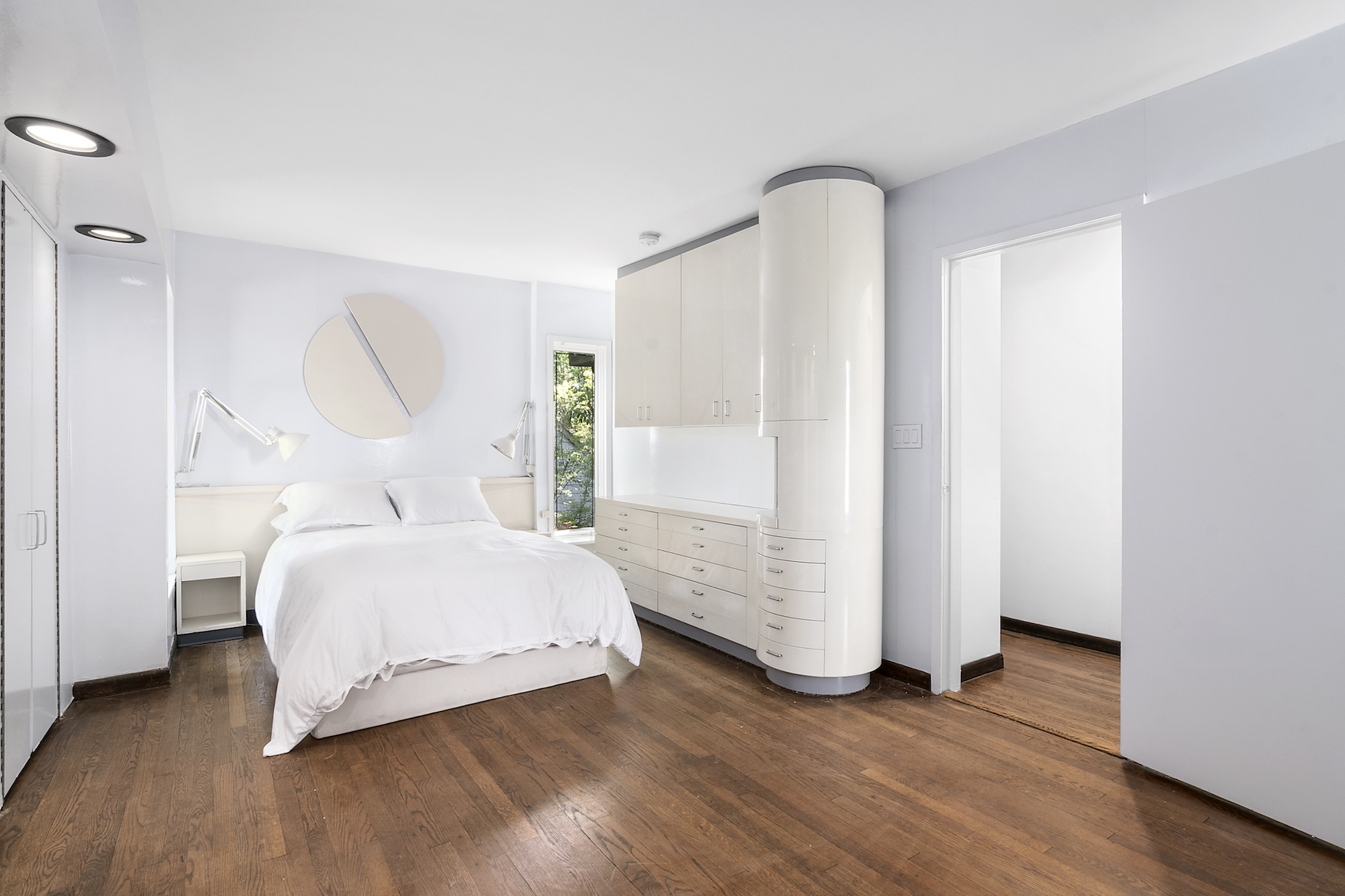 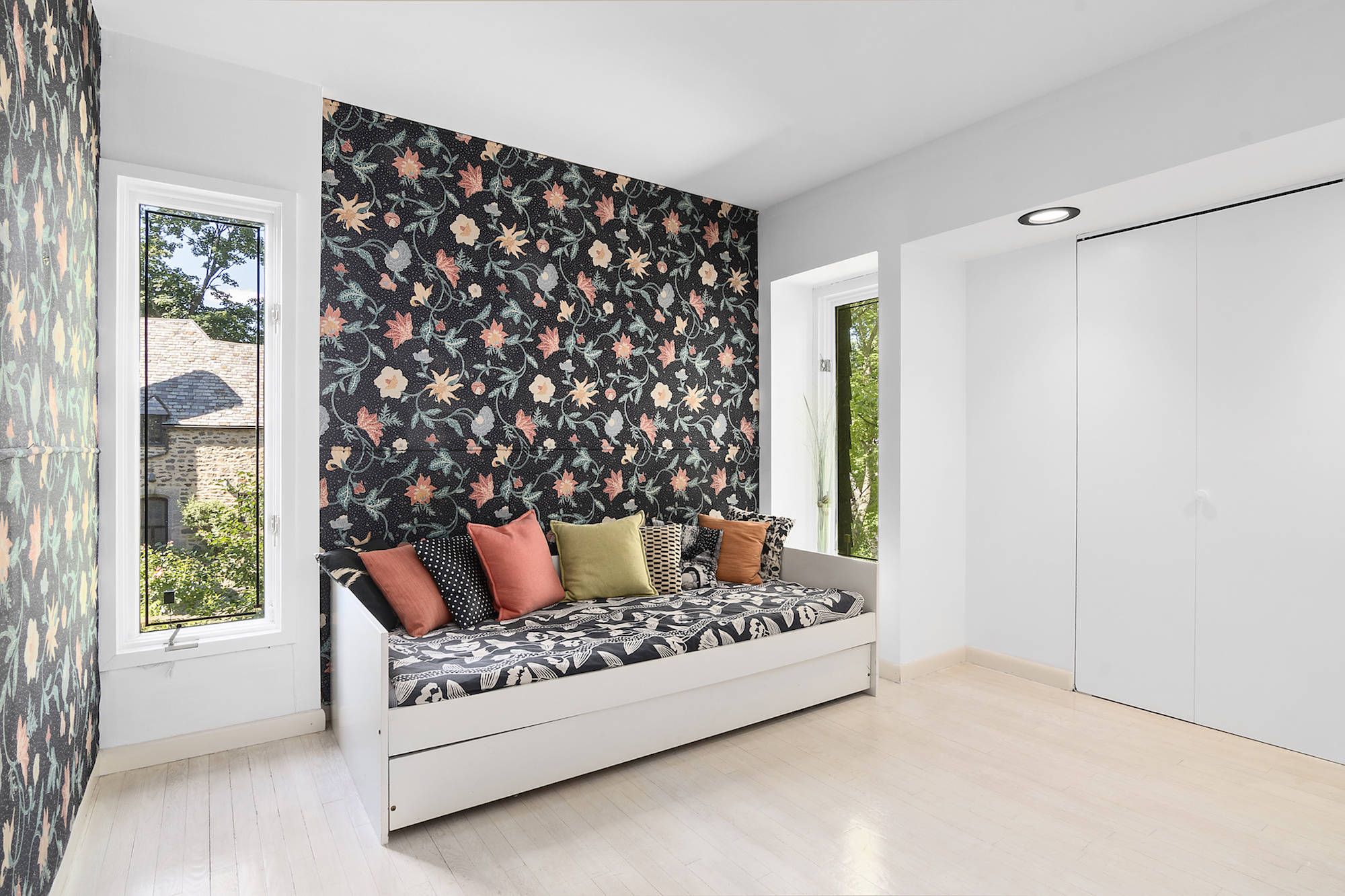 Also on this level is the primary bedroom, which includes two decent-sized closets in the room and two additional closets in the hall next to the bathroom. The remaining four bedrooms are located on the third and fourth levels, with each floor containing one full bath. 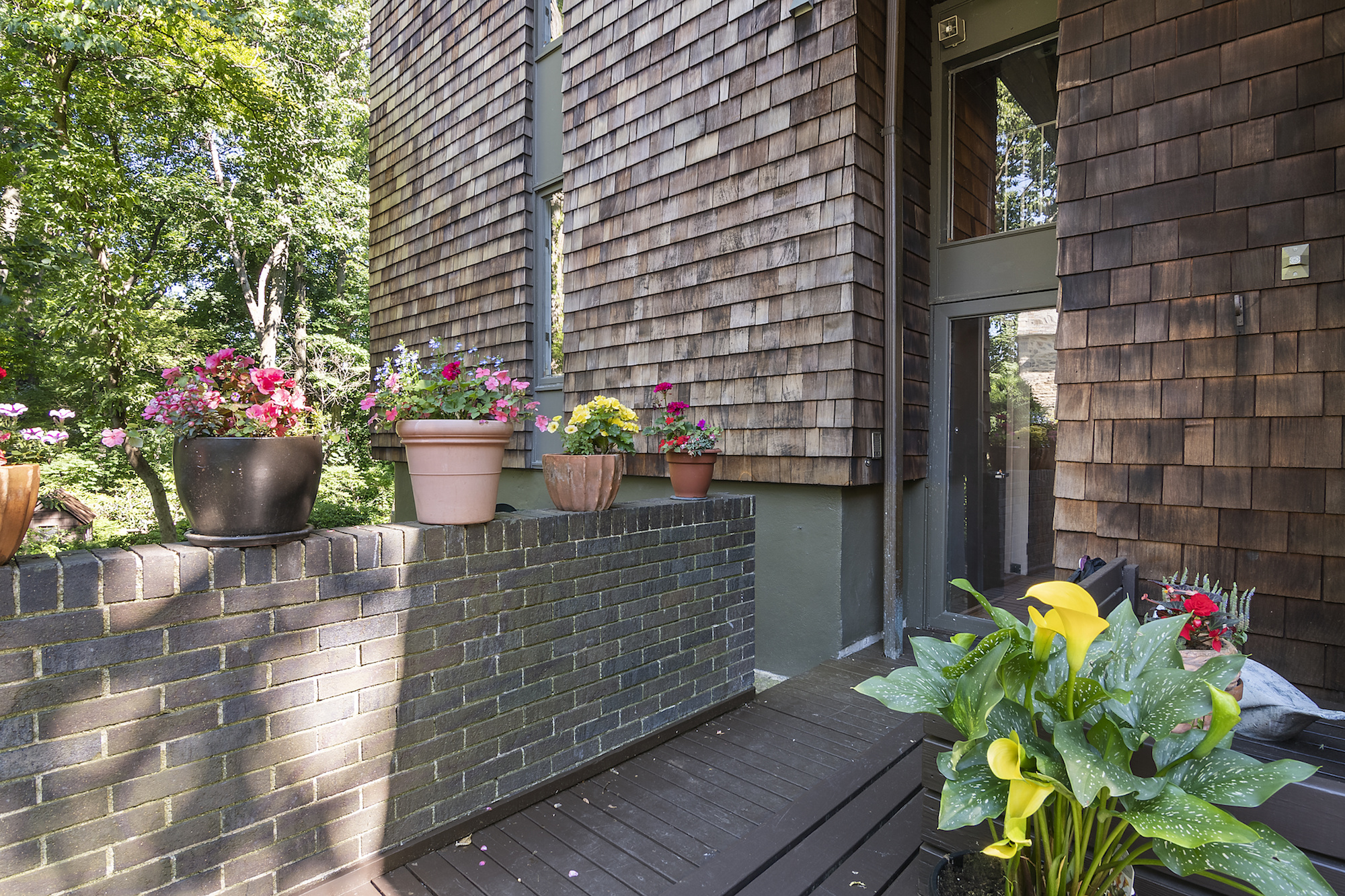 The basement currently holds a laundry room (along with a laundry chute!) but could be transformed into a wine cellar or a playroom, according to the listing. Completing the home is its sunny wrap-around front deck that overlooks lots of trees.

As part of the charming neighborhood of Riverdale, Fieldston is unique for its eclectic style of residences, from Revival style to Modernist, and its tree-lined streets, diverse physical features. It’s also one of the few planned neighborhoods and it’s also privately owned, with the streets and common areas owned by the Fieldston Property Owners’ Association. The neighborhood’s roughly 250 homeowners pay annual dues to maintain the area.

Located near the stunning Van Cortlandt Park, the neighborhood is about a 30-minute drive to Midtown Manhattan and a 20-minute walk to the 1 train at 238th Street.

All photos by Rosie Fiore for Compass

How one couple undertook a bathroom makeover for just $1,000

Sat Jul 10 , 2021
Digital home service marketplaces publish cost estimates for many types of projects. They interview building professionals across the country to get average prices for everything from a small bump-out to a full-blown home addition. But their published price ranges can vary as much as $10,000 or more, depending on all […]