P.J. Fleck has a prop in the Gophers football meeting room, a reminder for the entire team that they are part of something being built. It’s a shed-sized house with a foundation, a wooden frame, a couple of windows and a shingled roof. But there’s more to be done before […]

P.J. Fleck has a prop in the Gophers football meeting room, a reminder for the entire team that they are part of something being built.

It’s a shed-sized house with a foundation, a wooden frame, a couple of windows and a shingled roof. But there’s more to be done before it’s finished. This fall, the Gophers hope building season is very busy.

On Thursday night at Huntington Bank Stadium, the Gophers open their fifth season under Fleck with a tremendous challenge — a visit from fourth-ranked Ohio State. While oddsmakers favor the Buckeyes by a couple of touchdowns, the Gophers see the opportunity ahead.

“This is going to be one of the deeper teams we have, which gives us the chance to be as successful as this team can possibly be, and that’s all we can ask from each team each year,” Fleck said. “What that looks like, we’ll find out.”

Regardless of what happens against Ohio State, Fleck has reason to be optimistic for 2021, reason to believe that the construction of the program will take a step forward after last year’s COVID-19-impacted team finished with a 3-4 record.

The Gophers would like it to look like 2019, when they bolted to a 9-0 start and finished 11-2, with an Outback Bowl victory over Auburn. Their No. 10 finish in the Associated Press poll was their best since 1962.

Quarterback Tanner Morgan, originally recruited by Fleck to play at Western Michigan, flipped his commitment to the Gophers in 2017 and followed the coach to the Twin Cities. He sees how the program and his coach have grown.

“The way it started out in 2017, this was Coach Fleck’s culture,” Morgan said. “As it progresses, ‘Row the Boat’ is our culture. It’s what we do. It’s what the University of Minnesota football team does. It’s what Minnesota’s about — rowing the boat, never giving up.”

If he builds it, will he stay?

With that house taking shape, the question that often comes up is: Will Fleck stick around to see it finished?

At age 40 and already with a Cotton Bowl appearance with Western Michigan and two bowl victories with the Gophers on his résumé, Fleck has drawn attention of other programs. In 2019, Florida State reportedly expressed interest in him. Last winter, Fleck’s name was linked to the Tennessee job, though he wasn’t interested.

It’s understandable that other programs would inquire. The Gophers haven’t won a Big Ten championship since 1967, and their 11-2 mark two years ago certainly turned heads in the college football world.

That doesn’t mean Fleck will keep saying no when the phone rings, but his focus is on the Gophers.

To Gophers athletic director Mark Coyle, who hired Fleck in January 2017, the rumors are a compliment.

“I don’t take it as a concern,” Coyle said, “I take it as an opportunity. And what I mean by that is when you have coaches that have success as he has had … you know people are going to go after him.

“And I think he and I have a wonderful relationship; we talk almost daily, and I can tell you when his name pops up for other jobs, he and I are talking on the phone. Sometimes we laugh about them, sometimes we’re like, ‘Can you believe they’re saying this or saying that?”’

Fleck received a contract extension in November 2019, when the Gophers were 8-0 and just before they defeated Penn State. The seven-year, $33.25 million deal started last season and boosted Fleck’s salary to $4.65 million this year.

Had Fleck left in 2020, his buyout to the university would have been $10 million. It drops to $4.5 million this year and $3 million the next two years.

Fleck’s extension was the third in as many years at Minnesota, and Coyle wants to keep the coach here long term.

“I could not be happier and more excited with P.J., Heather [Fleck’s wife], what they’ve brought to our program,” Coyle said. “I go back to when we interviewed him in Chicago for this job, he laid out a very clear and specific plan, and he has hit every benchmark that he talked about.”

Fleck isn’t one to gauge where Minnesota is in relation to becoming a “destination program,” but he’s proud of the accomplishments so far.

“Hopefully we’ve done everything we said we were going to do,” he said. “… I hope it’s very clear that everybody sees that 2019, winning the most games since 1904, winning seven Big Ten games for the first time ever, beating two top-10 teams, being ranked in the top 10 in the country.

“I’m not saying that happens every single year. People got a chance to see what happened here. The longer that culture is sustained, the more chances you give yourself to be in that type of season.”

When Fleck took the Gophers job, Coyle chose a brash, athletic 36-year-old who had just led Western Michigan to a 13-0 regular season and Mid-American Conference championship. Fleck, quick with slogans, was the polar opposite of predecessor Tracy Claeys, an understated small-town Kansan.

Fleck instilled his “Row the Boat” culture, an approach he developed as a way to persevere following the death of his son, Colton, shortly after birth in 2011.

A 5-7 debut season in Dinkytown drew skeptics, who were further emboldened in 2018 when the Gophers lost five of six games as the defense hemorrhaged chunk play after chunk play. A 55-31 loss at Illinois was the last straw. A day later, Fleck fired defensive coordinator Robb Smith and promoted Joe Rossi to replace him.

Rossi quickly simplified the defense, and players appreciated his measured, cerebral ways. The Gophers finished with a 3-1 surge, highlighted by the 37-15 thrashing of Wisconsin in Madison to win Paul Bunyan’s Axe and the rout of Georgia Tech in the Quick Lane Bowl.

Along the way, Fleck has raised the level of recruiting in the program. In 247Sports’ composite ratings of major national recruiting services, the final four classes (2013-16) during the Jerry Kill/Claeys era were ranked an average of 58th nationally and 11th in the Big Ten. Fleck’s past four classes have averaged 40th nationally and eighth in the Big Ten.

The gem of Fleck’s recruiting has been wide receiver Rashod Bateman, a four-star recruit in the class of 2019 who pledged to the Gophers early and stuck with Fleck when SEC powers like Georgia and Texas A&M came calling late.

Selected 27th overall by the Baltimore Ravens in this year’s NFL draft, Bateman is the highest-drafted player during Fleck’s time at Minnesota. Eight of his Gophers players have been drafted (five who originally were recruited by Kill/Claeys regime), and seven of his Western Michigan players were drafted.

More for the program to prove

The success of 2019, led by the star wideout duo of Bateman and Tyler Johnson and a defense that had four NFL draftees, gave way to a 2020 season in which the Gophers defense took a big step back, allowing an average of 43 points in losses to Michigan, Maryland and Iowa.

On offense, quarterback Tanner Morgan saw his touchdown pass total fall from 30 in 2019 to seven last year with Johnson off to the NFL and Bateman playing only five games.

The 3-4 record showed that there’s still more construction needed. A good place to start would be better showings against their two biggest rivals, Wisconsin and Iowa.

Fleck is 1-3 against the Badgers after the Gophers lost 20-17 in overtime in Madison last year. His teams are 0-4 against Iowa, with the Hawkeyes taking leads of at least 13-0 in all four meetings.

“The teams we have rivalries with are very physical,” Fleck said.

To address that during training camp, he included two physical segments each day that focus on the brawn they will face vs. the Badgers and Hawkeyes.

Fleck’s personality and competitiveness have gotten the attention of rival coaches, which might be a good thing for Minnesota. There was the curt postgame handshake with Purdue’s Jeff Brohm in 2019.

Last year, Iowa coach Kirk Ferentz, his team up 35-0 with 19 seconds left, called three successive timeouts after Fleck called one to get a chance to avoid a shutout.

And at Big Ten media days, Nebraska’s Scott Frost, whose 12-21 record with the Cornhuskers includes a 1-2 mark against Fleck, said: “I’m not into sloganeering. If the players need me to motivate them all the time or come up with a unique slogan to play harder, I probably don’t have the right players.”

If things work out as planned, rivals could be looking up the standings at Fleck and the Gophers this season. Though the schedule starts with the Ohio State behemoth, there is a path for the Gophers to get on a roll.

The nonconference portion has games against Miami (Ohio), Colorado and Bowling Green, and four of the first five Big Ten games are against teams picked in the conference’s media poll to finish fifth or lower in their division. The closing stretch will be a bear: road games at No. 18 Iowa and No. 17 Indiana and the home finale against No. 12 Wisconsin.

But by then, Fleck hopes his players will have done more building.

“They’re a very connected team, very together,” he said. “They’re grateful for their opportunities every single day. … They want to be coached; they want to get better. That’s fun. What the results might be at the end of the year, we’ll find that out.”

Mon Aug 30 , 2021
Since 1978, Home Depot (NYSE: HD) has been helping building professionals. It’s also helping “do-it-yourselfers” get access to the supplies they need for their construction projects. With about 40,000 products total, Home Depot is a paradise for homeowners across the country. And with the recent runup in housing, now is […] 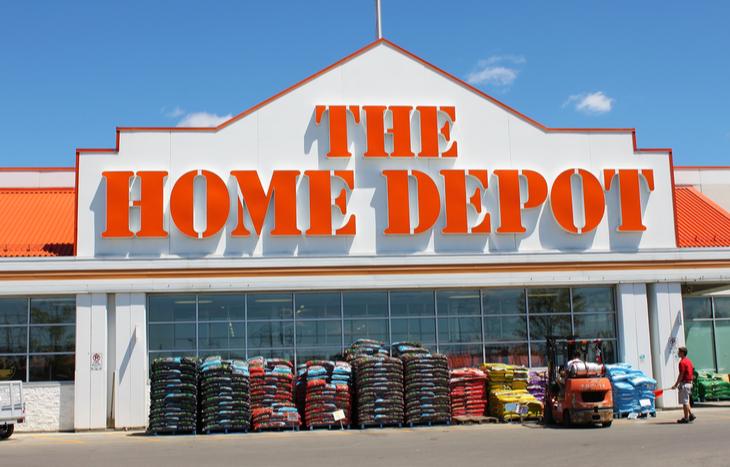