Elk Grove could start construction this fall on the first of a planned three new fire stations as one of California’s fastest growing cities keeps pace with its latest growth surge.

“There is a need for a fire station in that south-central area of Elk Grove and 77 will be that,” Cosumnes Fire deputy chief Dan Quiggle said. Two other stations, at Big Horn Boulevard and Kammerer Road; and at Bradshaw and Grant Line roads, are also in the pipeline.

Cosumnes fire leaders say they are confident that construction of the new $11.9 million J.D. “Dell” Cann Station, named for Elk Grove’s first fire chief, could begin in three months’ time. The station is expected to open in 2022. The project is funded by Cosumnes Community Services District fire impact fees.

Once pending bid and other approvals are granted, “we will be under construction ASAP. Our goal is the next 90 days,” Quiggle said.

The full-service, 24-hour-a-day, neighborhood fire station will house two engines for structure and wildland fires and an ambulance. Fifteen firefighters in three shifts of five will staff the neighborhood station, including three captains, three engineers and the nine firefighters who will soon graduate from the department’s fire academy in late August.

Those new recruits will immediately hit the streets well ahead of the opening of Station 77. Their salaries and benefits are funded for the next three years by a $7.1 million federal SAFER — Staffing for Adequate Fire and Emergency Response — grant.

“We said, ‘Let’s get those resources in the field at other stations until they’re ready to move in,” Quiggle said.

Fire officials concerned about the lag on response times brought on by the city’s rapid growth are eager to see a new station.

“The (Cosumnes Fire Department) is under tremendous pressure to meet the demands for emergency response and services that continue to increase,” officials said last November in Station 77’s operations plan.

“This can only enhance response times,” Quiggle said. “We want to make sure that the community has the resources they need. That has been critical for us.”

Station needed to keep up with growth

Elk Grove’s rapid growth is well-documented and clear every day from south end new home construction to new shopping centers such as The Ridge on busy Elk Grove Boulevard to the apartment complexes being built to accommodate more working families and the city’s growing numbers of seniors.

But a Cosumnes district report last November outlining the new station’s operations plan showed the effect the city’s growth has has had on the department, which serves 205,000 people in Elk Grove, Galt and unincorporated areas:

▪ 260 new building permits for commercial, industrial and other development issued from 2010 to 2020.

That’s meant steadily more calls each year for service. Cosumnes crews received nearly 20,800 calls in 2019, the last year cited in the November 2020 report. That’s nearly 7,300 more than in 2009 and an increase of more than 54% during the decade.

Fully 200 of those are within what will be Station 77’s immediate service area of the Stirling Meadows subdivisions west of Promenade Parkway; and the Madeira and McGeary Ranch communities near Oasis Park south of Whitelock Parkway.

At least another 2,000 homes and units in single-family subdivisions and apartment complexes are either in the ground or in the planning stages in areas around the city.

More stations in the works

Plans are also underway for a Station 78 at Big Horn Boulevard and Kammerer Road that will support the Sky River Casino once the Wilton Rancheria casino opens in late 2022; and the surrounding neighborhoods near Kammerer Road. A third station, Station 79, east of Highway 99 at Grant Line and Bradshaw roads, also awaits. Cosumnes Services District purchased land for the station house in 2009.

At first sight, the new station houses and firefighters seem a reaction to Elk Grove’s south-end growth surge — the new developments like Poppy Ridge and projects like the Sky River Casino now under construction; yet more blocks of new neighborhoods and an industrial park along a Grant Line Road being widened as part of the upcoming Sacramento Capital Southeast Connector project linking Highway 50 to Interstate 5.

But plans for the new fire stations have been years in the making by design; the blueprints anticipating the growth now taking shape.

Plans for Station 77 date back to 2005 but were delayed as development slowed during the Great Recession only to be revived in 2018.

“We’re always looking forward — predicting calls that are going to happen five, 10 years from now,” Quiggle said. “We look for those locations where we can meet future needs.”

Darrell Smith covers courts and California news for The Sacramento Bee. He joined The Bee in 2006 and previously worked at newspapers in Palm Springs, Colorado Springs, Colo., and Marysville. A Sacramento Valley native, Smith was born and raised at Beale Air Force Base, near Marysville.

Thu Jul 8 , 2021
Today, there are innumerable bathroom design trends to fall for. The vintage, rustic, modern, and aesthetic trends come together to form a conglomerate and create a modern design that beats all others. While you are bound to enjoy almost all of these design trends, some of them may put you […] 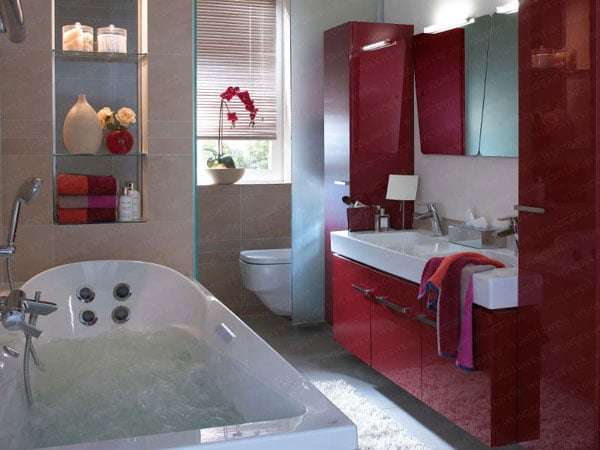