VILLAGE OF MONROE – Guests at the groundbreaking ceremony off Gilbert Street sipped mimosas and fetched treats from the kosher ice truck to beat the heat, mercifully liberated from masks for the first time in a year. The gathering on Sunday was both a sweet farewell to the pandemic and […]

VILLAGE OF MONROE – Guests at the groundbreaking ceremony off Gilbert Street sipped mimosas and fetched treats from the kosher ice truck to beat the heat, mercifully liberated from masks for the first time in a year.

The gathering on Sunday was both a sweet farewell to the pandemic and a long-anticipated milestone. After 15 years of planning, Rabbi Pesach Burston and his wife, Chana, were finally celebrating the construction of a Chabad center for the Jewish activities, services and classes they have held in temporary locations nearby since 2004.

The foundation already had been poured for the 10,000-square-foot building the couple hopes to finish by next spring. Once completed, the single-story structure will hold a synagogue that doubles as a social hall, along with classrooms, offices and a commercial kitchen to prepare the guest-enticing food that fuels Chabad activities.

The building is about half the size that the Burstons originally envisioned. Rabbi Burston said Tuesday that the long period spent raising funds and developing plans proved to be fortunate, giving him and his wife more time to build their community and recognize what it needed and could afford.

“We already built a community, and now we need a house to put it in,” he said.

The Burstons arrived in Monroe in 2004 as emissaries of the Chabad Lubavitch movement, a Hasidic sect based in the Crown Heights area of Brooklyn that opens centers around the world to nurture the faith of Jews of all types. Their Chabad of Orange County – now housed in a two-story office building on Route 17M in Chester – is one of three Chabad centers in the county, with others in Goshen and New Windsor.

The Burstons had to raise the construction funds for their new center from private donations alone, with no contributions from Chabad headquarters, and still has a couple hundred thousand dollars to go.

Scaling back plans meant forgoing a second story and the added expenses it would bring, such as an elevator. It also forced more space efficiency, such as using classrooms for a teen lounge, library and other purposes.

“We built smart instead of big,” Burston said.

Measuring the flock’s size without a dues-paying membership is tricky, but Burston estimates roughly 200 people participate in Chabad activities and classes each week, and around 175 people may turn out for services on the High Holidays. Big services like those have been held wherever the Burstons could find a large enough space.

The pandemic forced Chabad to get creative. In addition to holding outdoor services and offering Hebrew school classes on Zoom, the Burstons distributed seder “survival kits” at Passover and “High Holidays in a box” before Rosh Hashanah and Yom Kippur – takeout packages of essential items such as shofars, apples and honey.

“We were definitely busy during the pandemic, we just weren’t in our building,” Burston said.

After completing the new Chabad building, the couple plans to take up the next elements of what they plan to build on the six-acre campus they envision: a playground, pool and a home where their family will live.

How To Calculate The ROI On A Property Investment

Fri May 28 , 2021
Real estate investor, Founder/CEO of TurboTenant: rental marketing, tenant screening, rental applications, rent payments, and more. getty Investing in real estate, and more specifically in rental properties, can be one of the most lucrative and safe investments people can make. With long-term appreciation, a monthly cash-flow and tax advantages, owning and […] 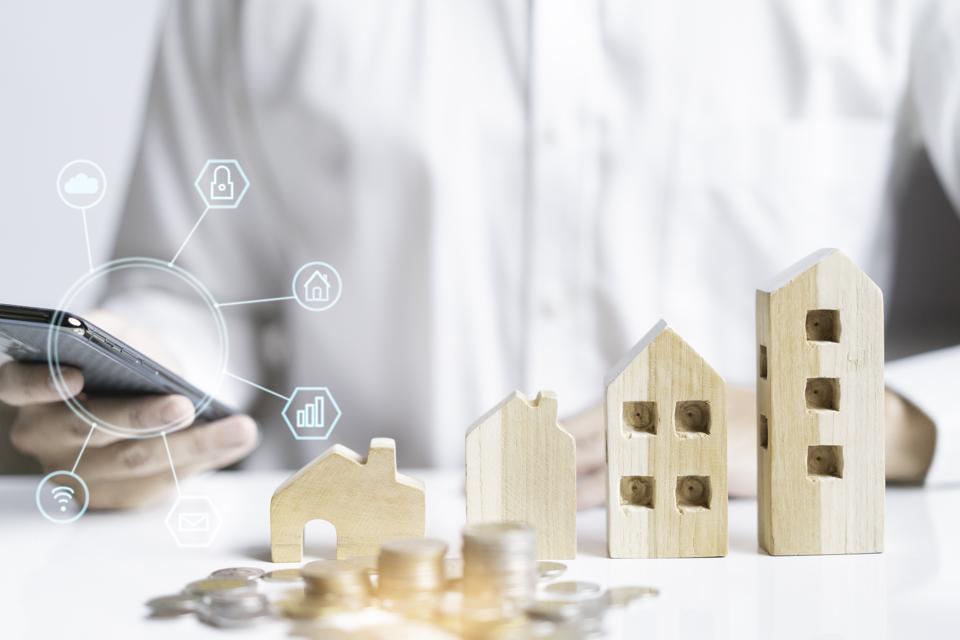