Some lumber purchased at Riverhead Building Supply. (Credit: David Benthal) A year ago, a single sheet of half-inch plywood cost about $20. Today, with building and remodeling soaring across the North Fork and eastern Long Island, that same sheet of plywood is about $70. Prices for certain wood products have […]

A year ago, a single sheet of half-inch plywood cost about $20. Today, with building and remodeling soaring across the North Fork and eastern Long Island, that same sheet of plywood is about $70.

Prices for certain wood products have skyrocketed in recent months, as the region — and the country — emerge from the pandemic that all but shut down the economy. With the threat of COVID-19 beginning to fade, with unemployment dropping and with the new demographic coming to the North Fork, putting pressure on contractors, demand for remodeling and new construction has soared.

“People who came out here during the pandemic and stayed now want to build or remodel and the demand is through the roof,” said Fred Seifert of Seifert Construction in Mattituck. “It’s very difficult now to keep up, even with higher prices.”

Meanwhile, he said, while prices for some products have soared, other products — piping routinely used by plumbers, certain PVC products, roofing materials, cedar shingles and electrical boxes used by electricians, among them — are in short supply.

“Certain items are now hard to find,” Mr. Seifert said. “We usually get an order through for some products in a few days. Now it’s 10 to 12 weeks on the most basic items.”

The staggering price increases for certain building materials — 300% for some products is now the norm — can be seen nationwide. Experts have weighed in on likely causes: the pandemic’s impact on housing prices as people began to work remotely, often from second homes; how it disrupted labor and work schedules at sawmills and manufacturing plants; and even the disruption at manufacturing plants caused by storms in places like Texas.

This spring, the National Association of Home Builders said single-family homebuilding has dropped in some parts of the country, but is holding steady and even booming in others. The association said some builders are slowing their projects because of supply chain problems and concerns over rising prices that scare off prospective customers.

In Southold, one builder said a couple who priced a new home construction last year at approximately $800,000 is now facing costs of over $1 million — for the same house.

For some on the North Fork, increased prices mean postponing construction or remodeling, while for others, rising prices are no obstacle. A common refrain among contractors is that the new residents who moved out from the city are financially well-off and in a position to do what they want.

There is no slowdown in building on the North Fork, from home construction to new swimming pools. In Southold Town, 691 general building permits were filed between Jan. 1 and May 31 of this year, compared to 254 in 2020, during the shutdown, and 452 in 2019.

“We can’t keep up on vacuuming the pools of all the new people out here,” one Southold businessman said. “Everybody wanted their pool open by Memorial Day, and with labor and other issues, we couldn’t keep up.”

In an email, Southold Supervisor Scott Russell said, “All I can say is there has been an avalanche of applications for building permits. I am aware that construction material is at a cost that is astronomical; however, the cost of borrowing is low. While the cost of construction has spiked, the interest rates for borrowing are so low they are practically giving money away. It all balances out at the end.”

Interviews with professionals in all types of construction show a consistent theme: Scheduling work has become more difficult because of supply chain problems and rising prices. They say these issues impact every segment of the business. And, some say, work is so plentiful that contractors can pick and choose, meaning some calls to schedule new work are going unreturned.

“If plumbers can’t get pipes, you can’t rough out a house,” Mr. Seifert said. “That slows down the next trade and on down the line. It impacts everything.”

Glenn Heidtmann of Heidtmann & Sons Builders in Cutchogue said much of what is going on is because the new residents who fled east during the pandemic now want to improve what had been second homes, or want to build new ones. And, because they can work remotely, they are staying.

“What is going on is simple economics, supply and demand,” he said. “Supply is low, demand is way up. And in the thick of the pandemic last year, plants cut back on manufacturing due to social distance or because they had to shut down. Adhesives needed to laminate plywood, for example, were nonexistent.”

Mr. Heidtmann said many homeowners or would-be home builders are frustrated because they can’t get appointments to schedule their projects. And, if they can get a schedule, the work depends on the contractor’s ability to get the necessary supplies.

As for the high costs of lumber and other items, Mr. Heidtmann and others said prices will eventually soften, but likely not for basics like plywood. “Plywood is at an all-time high,” he said. “It may level off as the market changes, but it won’t go back. Suppliers are having a hard time meeting the demand now. And that is true for Douglas fir and other premium wood products.”

As for his company, Mr. Heidtmann said he is scheduled out for at least the next two years. “For some people, the prices will force them to wait,” he said. “Or they cut the scope of the renovation. Thank goodness my clients are pushing forward.

“The North Fork is fully discovered,” he said. “When you have people who first looked at the South Fork and home prices there, they come here and there is no issue with increased costs of homes, materials and land. They can afford it. These people have the means.

From his position as director of purchasing at Riverhead Building Supply, Gregory Goodale closely watches the commodities markets, wood prices and supply and demand to meet the needs of the local contractors who count on the company.

He sees what an ice storm in Texas does to manufacturing plants and factors out how that will impact supply and prices on eastern Long Island.

“I don’t think there is a lumber shortage,” he said. “It’s not like the mills are depleted. The issue is fully staffing the mills and keeping up with the overall demand. Typically they would run 24/7, but they don’t have the ability to put on a third or fourth shift.

“The demand on the North Fork is very strong,” Mr. Goodale continued. “It’s not just one pocket of the country that’s on fire. It’s everywhere. Everyone needs wood, everyone needs material. Delays in logistics, trucking, rail cars — it’s a domino effect, one after the other.

“One sheet of half-inch plywood is now $70 — up from $20. I do expect a softening, but not for some things like plywood. Those people coming out from the city, the price of plywood is a small portion of the overall build costs. But labor costs are up, and people are fighting to find labor just as everyone is busy. Everyone is impacted.

Sat Jun 12 , 2021
Clayton Korte has revealed its designs for the Hererra Law Office, a new courtyard-style building surrounded by live oak trees in Austin, Texas. After years of renting office space in downtown Austin, the clients wanted to invest in a permanent home for their boutique utility and administrative law practice. The […] 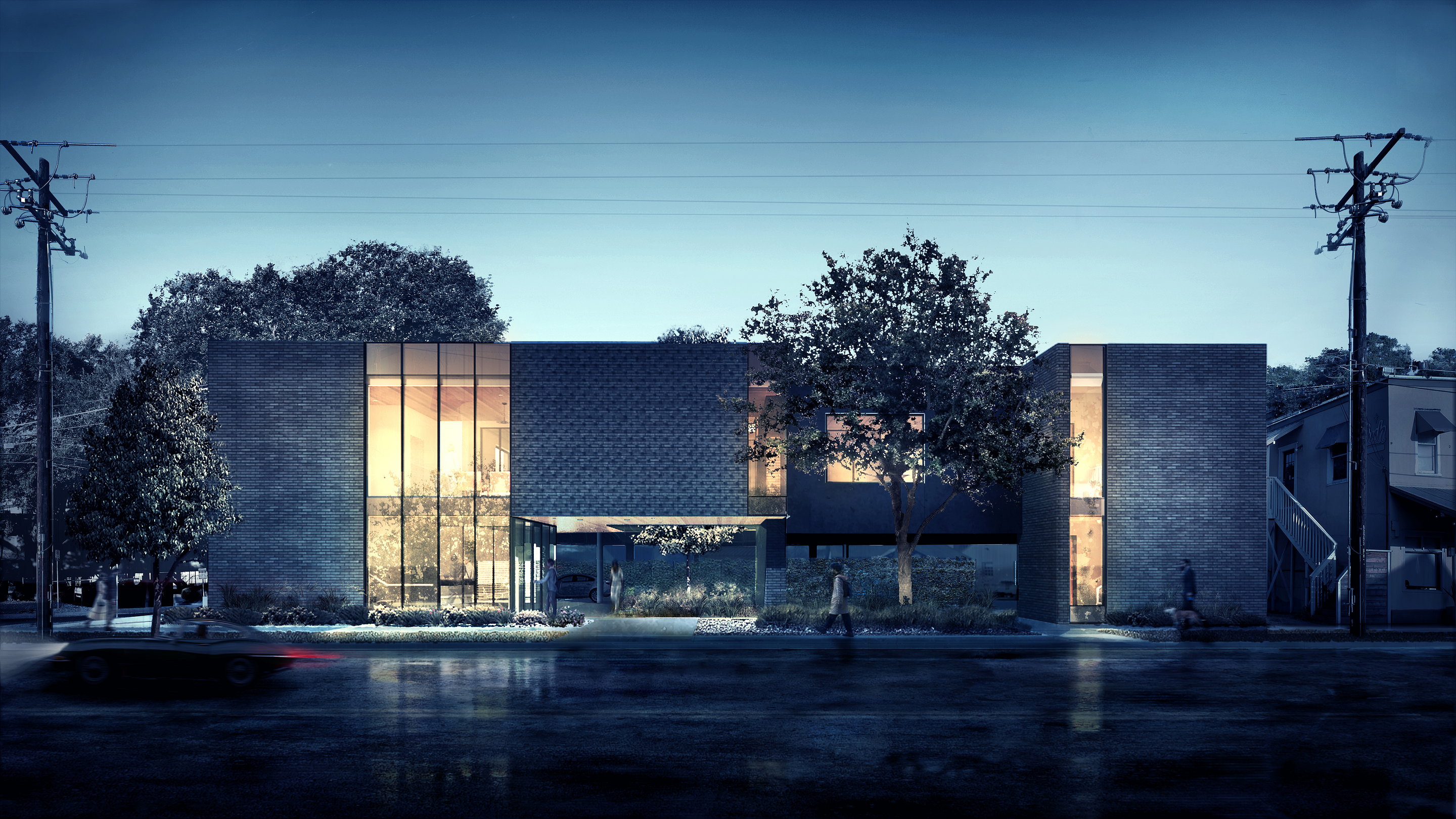