The construction industry must adopt technologies that increase productivity while mitigating the impact of our growing housing needs on the climate crisis. Mighty Buildings’ technology may be ‘one of the only in existence’ that could unlock the needed productivity alongside reduced emissions. The building industry is complex. It faces a […]

The construction industry must adopt technologies that increase productivity while mitigating the impact of our growing housing needs on the climate crisis. Mighty Buildings’ technology may be ‘one of the only in
existence’ that could unlock the needed productivity alongside reduced emissions.

The building industry is complex. It faces a range of difficult challenges to
improve efficiency, reduce greenhouse gas emissions and deliver low-carbon
developments. The pressure is given that the use of buildings and their
construction together account for 36 percent of global energy
use
and around 40 percent of greenhouse gas
emissions released into the atmosphere
each year.

Right now, the sector is struggling. Globally, two-third of
nations lack mandatory building
energy standards. That means, in 2019, some five billion square meters of
buildings were constructed without any real regard for their energy performance
once they are occupied. In the last 20 years, building floor space has expanded
by 65 percent, yet energy use per square meter has improved by just 25
percent.

The trouble is, the world needs more housing. In the US alone, an estimated
3.5 million more homes will be required by 2025.

The good news is, construction is a sector that has a unique ability to help
safeguard our natural ecosystems, build resilience to protect communities,
store
carbon
and deliver against net-zero targets. Construction has an opportunity to create
places that are fit for the 21st century and where people want to live, work,
grow and prosper. But it is imperative the construction industry adopts
technologies that provide additional productivity while mitigating the impact
this will have on the climate crisis.

That is certainly the view of Sam Ruben, an entrepreneur on a mission to
transform the way we make and use our buildings. As the co-founder and Chief
Sustainability Officer of Mighty Buildings, he
says his company’s technology is “one of the only in existence” that has the
potential to unlock the needed productivity alongside the opportunity for
reduced emissions.

Essentially, the firm makes construction panels that can be bolted together as
the building blocks of any development. But these are not just any panels — they
are made from a thermoset composite material, created using 3D-printer
technology that they can be made with virtually no waste. The material, which
hardens immediately under UV light, replaces the need for concrete in
construction.

Compared to traditional building methods, the so-called Mighty Kit Systems
eliminate the 3-5 lbs of waste per square foot generated by home construction.
The company says it can produce structures with 95 percent fewer labor hours,
twice as fast as conventional construction and with ten times less waste. This
video shows how a fully printed 350-square-foot building can be built in less
than 24 hours.

3D-printed buildings might seem like something out of science fiction, but Ruben
is hoping to change mindsets.

“That is sometimes the reaction we get, but that is quickly supplanted by
excitement when people get a chance to see the completed units and learn about
all the work we have been doing — to not only demonstrate code compliance and
safety, but to go further and help move the codes themselves.

Like many startups, life for Mighty Buildings started in a garage. Ruben and
three friends — Slava Solonoitsyn, Dmitry Starodubtsev and Alexey
Dubov — came together to start a 3D printing business in Redwood City,
California. They wanted to leverage the technology to disrupt the construction
industry by creating beautiful, affordable, and sustainable homes using 3D
printing and robotics.

Prior to that, Solonoitsyn had spent the mid-2010s working in venture capital.
He was searching for big, bold ideas to invest in, putting cash into companies
such as Boom Supersonic — which is changing the way people commute by making
supersonic flights affordable. He lived in Singapore at the time but spent a
lot of time in Silicon Valley. Every visit kept him wondering why the US
continued to build houses using archaic methods, even though there was so much
disruption and embracing of new technologies going on in other parts of the
world.

Then, he met Ruben — a sustainability and policy expert — and learned about the
Accessory Dwelling
Unit
market, which was opened up by new state laws in California in 2017.

“It seemed to be a perfect beachhead market to produce homes built in a totally
new way, using 3D printing and automation,” Ruben remembers.

The company is currently producing around 300 units a year out of its
Oakland facility and is working to expand to 1,000 units a year by 2023. The
ambition is to establish a distributed network of Mighty Factories across the
world — in areas with builder and developer partners and demand — rather than
only producing in Oakland and shipping units.

“This will allow us to expand our impact by taking advantage of idle capital,”
an excited Ruben says. “We can set up in existing warehouses rather than needing
large, bespoke facilities — and in doing so, reduce costs and emissions; while
providing jobs and housing to those communities we serve.”

The company has already found some developer partners that share the vision.
That said, the construction industry is historically slow to adopt new
technology — though the severity of the housing need is beginning to change that
a bit.

“We are facing challenges with the timelines associated with the permitting and
entitlements process. But we’re actively working on collaborations with
builders, developers, code officials, and cities to help address inefficiencies
in the industry,” Ruben adds.

It’s set to be a busy 12 months for Mighty Buildings — which has joined
the UN’s
#RacetoZero campaign
and the SME Climate Hub, the global climate
commitment for small businesses that pledge to cut carbon emissions in half
before 2030 and achieve net-zero emissions by 2050 (“Even though we’ve joined the Race to Zero, our goals are reaching carbon neutrality by 2028 and carbon negativity by 2040,” Ruben says). First, it will deliver the
first Mighty House units in a development. Plus, it is in the throes of
certifying a new, fiber-reinforced material that can be used to develop
multi-story offerings, such as townhouses and low-rise apartment buildings: “We
want to get that at least to the prototype stage by the end of next year.”

The most popular home styles in US, from ranch houses to townhouses: report

Mon May 24 , 2021
Many people are looking to buy second homes after being cooped up during the pandemic, causing housing prices to rise. FOX Business’ Ashley Webster with more. With demand for real estate booming, people looking to buy a home – or a second home – have countless things to consider including […] 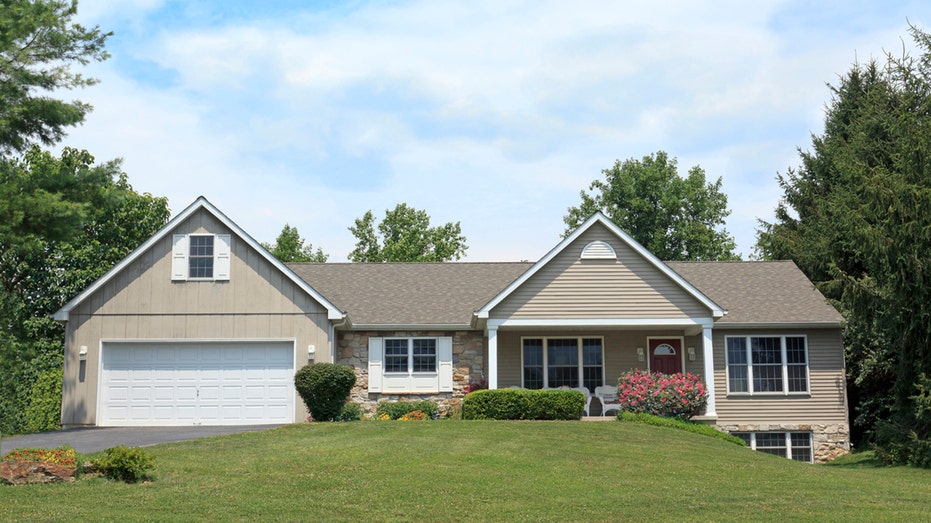