Viewers are going to get wrapped up in and ensnared by this film adaptation of Michael Koryta’s 2014 novel. It’s a twisting, turning, exciting, and unpredictable thriller, as was the book. There will surely be a faction of purists who complain that the film veers too far from the source […]

Viewers are going to get wrapped up in and ensnared by this film adaptation of Michael Koryta’s 2014 novel. It’s a twisting, turning, exciting, and unpredictable thriller, as was the book.

There will surely be a faction of purists who complain that the film veers too far from the source material, and they will have a point. Though the basics of the original story remain, a great deal of the plotting that guides it along has been replaced with new material, ranging from locations and situations to minor characters being given major roles. But if those devotees can manage to give in to the idea of the book is the book and the movie is the movie, they’ll dig it as much as anyone who has no idea of where this came from or where it’s going.

The film kicks off with two stories that appear to have no relation to each other, but it’s not long before they’re joined at the hip, along with many other narrative elements. A scene of people trapped in a raging Montana forest fire cuts to a couple of fire inspectors in Florida, going house to house on a safety check. It’s soon revealed that the fire is a recurring nightmare – and a real memory – of former smoke jumper Hannah Faber (Angelina Jolie) who, after a bad psyche evaluation, has been relegated to fire tower duty. It’s also immediately divulged that the “fire inspectors” are calm, coldblooded, vicious killers who are responsible for a “gas line explosion” at a local district attorney’s home.

Those stories begin to link when secretive, worried forensic accountant Owen Casserly (Jake Weber), who worked with the dead D.A., and his unsuspecting teen son Connor (Finn Little), hop in the car and head west to relatives in Montana because dad knows that he and Connor might be next on the hit list.

But this is no road trip movie. It’s mostly set in Montana. That’s where Hannah, a daredevil of a firefighter, is battling her emotional demons while being stationed in – her words – a “20 by 20 box on stilts with no toilet” deep in the woods. It’s also where her ex-boyfriend Ethan Sawyer (Jon Bernthal) is the local sheriff and is married to Allison (Medina Senghore), who runs a survival school and is very pregnant.

So, Hannah is trying to straighten out her life, Ethan and Allison are bringing a new life into the world, Owen and Connor are trying to save their lives, and those two killers – they’re brothers – Jack and Patrick Blackwell (Aidan Gillen and Nicholas Hoult), are in the midst of ending lives, left and right.

Directed by Taylor Sheridan (“Wind River”) and co-written by him, Michael Koryta, and Charles Leavitt, the film has everyone’s stories going on at once, slowly converging, each of them steadily, almost unbearably, building in tension.

Large guns are drawn and fired, nature – in the form of high winds and lightning strikes – becomes a threat in the dry Montana woods. When one of the killers tosses flares into the woods as a diversion, the threat becomes a reality, and the resulting raging fire develops into another major character.

The film is partly about bad guys attempting to tie up loose ends, but it also gets into studies of different relationships between different characters. The best of them – in terms of performance – involve Jolie and Little, when she takes on a protective role; with Bernthal and Senghore, because they portray such a great couple; and with Gillen and Hoult, because though they play remorseless men, they’re quite entertaining in their chatty ways.

The film’s only big gaffe is the inclusion of Tyler Perry, in a serious role, as the killers’ boss. It’s not due to his acting, it’s just that the character is unnecessary and distracting.

Jolie shows a slice of her action hero side (and takes a good punch to the face), there’s a hefty amount of violence and some brutality, and the ever-growing fire adds to the share of nail-biting moments. This is a film that features tragedy, survival, redemption, heroism, and even some uncertainty. Above all, it grabs hold of you and never loosens its grip.

“Those Who Wish Me Dead” opens in theaters and premiers on HBO Max on May 14.

Ed Symkus can be reached at [email protected]

THOSE WHO WISH ME DEAD

Sun May 16 , 2021
Ever wonder what it takes to become a real estate agent to the stars? Coldwell Banker Global Luxury’s vast network of agents works with some of the wealthiest homeowners in the world. Exclusively for Forbes, three top Coldwell Banker-affiliated agents share their experience and advice on working with celebrities, athletes, […] 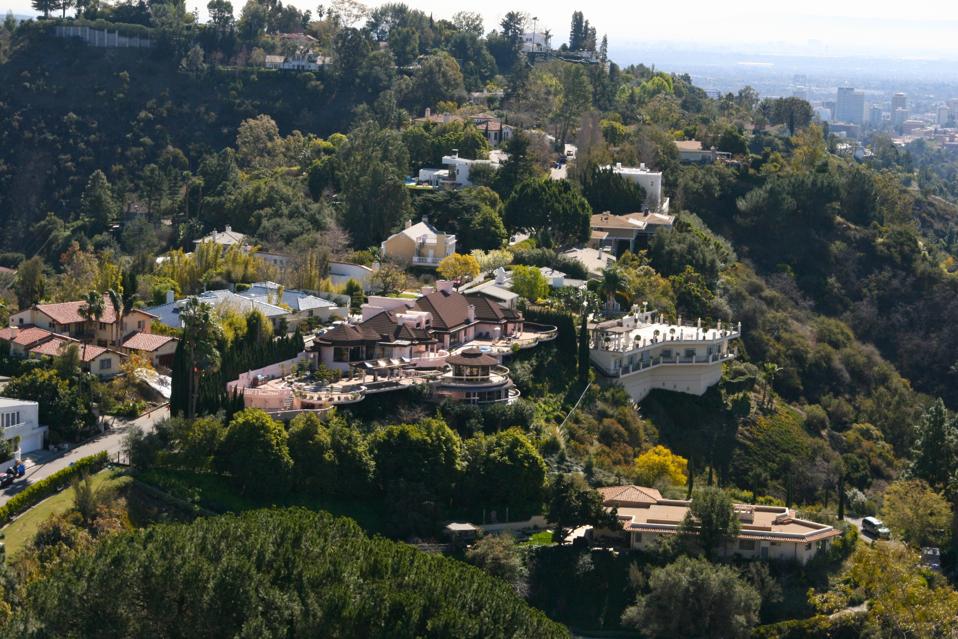