America needs more houses. But there aren’t as many home builders around to make them as there used to be. The Commerce Department on Friday reported that construction began on 1.74 million homes in March, at a seasonally adjusted annual rate. That was a big move up from February’s 1.46 […]

America needs more houses. But there aren’t as many home builders around to make them as there used to be.

The Commerce Department on Friday reported that construction began on 1.74 million homes in March, at a seasonally adjusted annual rate. That was a big move up from February’s 1.46 million housing starts, when winter storms stifled construction, and marked the highest level since July 2006, when the housing bubble was coming undone.

The stepped-up pace of building reflects a remarkable resurgence in the housing market that the Covid-19 crisis set off, as low interest rates and city dwellers flocking to the suburbs substantially boosted demand. There could be some bumps ahead, since rates have been trending higher, and some demand was likely pulled forward by families who would have eventually exited cities in any case.

But a combination of a growing economy, more Millennials starting families and changes in where people and businesses can locate as a result of the remote-work revolution suggest that the need for new homes will only increase. Freddie Mac estimates that as of the end of last year the country was 3.8 million single-family homes short of what is needed to meet long-term demand.

Before the housing bubble burst, that demand would have been easier to meet. There were far more home builders then, particularly speculative builders who build homes without a guaranteed buyer. In the tally of U.S. businesses it conducts every five years, the Census Bureau in 2007 counted 32,158 spec builders operating in the country. In 2017, it counted 15,483.

Now, big public builders have a much larger footprint, particularly in the suburbs surrounding major metropolitan areas—including ones seen as beneficiaries of any movement away from the biggest cities. According to data collected by Builder magazine, the top 10 builders in the metropolitan area that includes Austin, Texas, accounted for 57% of the new-home market in 2019, versus 40% in 2005. The top 10 in the Denver area accounted for 61% of the market, versus 52% in 2005.

Even with rising demand, it could be difficult for any new entrants to get much of a toehold in many markets. Banks remain less willing to extend loans to upstart builders than they once were, giving big builders—particularly the large, public ones with access to capital markets—a substantial advantage when it comes to securing land.

Big builders are generally more risk averse than the small, speculative builders that fueled past building booms. On the plus side, that makes busts less likely. It also means that big builders won’t be rushing to put up every house they possibly can, choosing instead to ride what could be a lucrative wave of demand for a long time. That in turn suggests housing won’t be getting much more affordable any time soon.

Thu May 13 , 2021
Good news, miniature lovers! Dollhouse Beautiful is back for Season 2. This time, House Beautiful gave six California designers the same midcentury modern dollhouse and $500 to decorate it any way they wanted. A whole lot of Krazy Glue, DIY accents, and miniature accessories later, we present Dollhouse Beautiful. Tune […] 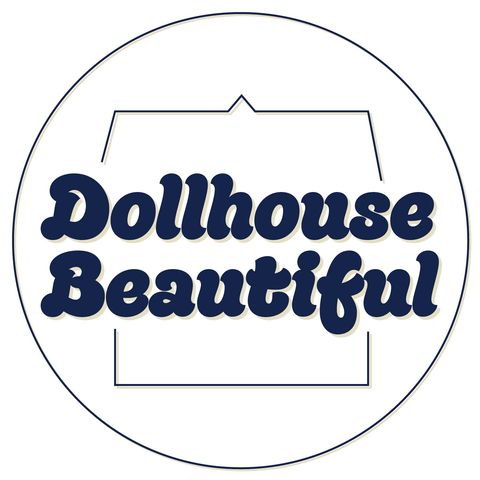