The real estate market in Bucks County is experiencing an unprecedented boom in recent months due to a perfect storm of plummeting interest rates and low inventory. The question is, can this boom last or is a bust in the offing? “It is definitely a seller’s market on steroids,” said Joy Zwicker, manager […]

The real estate market in Bucks County is experiencing an unprecedented boom in recent months due to a perfect storm of plummeting interest rates and low inventory.

The question is, can this boom last or is a bust in the offing?

“It is definitely a seller’s market on steroids,” said Joy Zwicker, manager of Berkshire Hathaway HomeServices Fox & Roach Realtors’ Southampton office. “The actual cost is so difficult in this market to come up with because the sale price and the actual end price is growing further and further apart. Low inventory and lower interest rates means people can buy more house, even though they are paying more.

“They are paying more, but getting even more house.”

In late December, 35% of suburban homes sold above list price in the Northeast, according to Zillow economists.

Data from the Bucks County Association of Realtors indicate just about every month-to-month real estate metric is on is on the rise. The latest dataset available is for March:

The latest available data also shows the number of properties sold overall in March 2021 in the 12-county greater Philadelphia region was up 9.8% from this time last year, according to Fox & Roach’s March HomExpert Market Report. There were 7,247 homes sold in March 2021, compared to 6,600 sold in March 2020.

The market has even priced out potential buyers like Diana Newkirk.

Newkirk was looking to buy a home in the Levittown area, but instead decided to stay in her current home.

“I wasn’t able to purchase a house because the market was intense that I was outbid by crazy amounts,” Newkirk said. “So I decided to keep the house we are in and remodel. People were going so far over the asking price and sellers were waiving inspections. It turned into a bidding war.”

The boom isn’t only happening in Bucks County.

“There’s pent-up demand,” said Tina Llorente, president of the Realtors Association of York-Adams Counties. “We have a lot of millennials living in their parents’ basements. They had been saving and saving. No offense, but 24-7-365 with Mom and Dad got to be a little much.”

“As we move into the spring buying and selling season, homes are selling quickly, with prices increasing, fueled by a continued lack of homes for sale,” said BHHS Fox & Roach President Joan Docktor. “Current demand for available homes cannot be met because there are just not enough homes for sale. Prices are going up, and there are multiple bids on many homes. Available homes are continuing to move quickly.”

Buyers need to be ready to leap when they find a house. Stories of multiple bids and broken contracts have become common place.

The list price of a home is just a starting point in today’s tight housing market. Not only are offers being made above the price, but potential homeowners are risking even more to get the house they want.

“Once the house hits the market, you have to get within the house to look at it within 24 hours and then turn around and put the offer in within, I would say, about 12,” Davis said. “And every house so far that we have even walked through, you have to go in knowing you’re going to leave the inspection and mortgage contingency, and you have to be willing to go pretty high up over asking price.”

Some people are waiving the appraisal contingency. That contingency clause gives the buyer a way out of the deal, if the fair market value of the home — decided by a state-license appraiser — is lower than the sale price. When a buyer waives that contingency, the bank typically won’t pay that additional amount; the buyer will.

Home inspections have been waived as well, realtors said.

“People are waiving their inspections, which makes me uncomfortable. Buyers have to go out on a limb right now, and they’re taking a big chance,” said Harrisburg-area Berkshire Hathaway agent Jim Priar. “I think down the road we’ll see a bunch of, in my opinion, lawsuits or people going to mediation over this, for things that weren’t disclosed.”

“There’s an inventory crunch in some states like Pennsylvania because we were shut down for a time. It’s been like playing catch-up since we were able to open the market again, and we haven’t caught up yet,” said Christopher Raad, president of the Pennsylvania Association of Realtors.

Here are other factors for the high demand:

Where are the houses?

The financial crisis of 2008 created a slowdown in home construction, which reached its bottom in 2010 and 2011, according to the Center for Economic and Policy Research in Washington, D.C.

That’s one reason first-time homeowners are having the hardest time finding houses: There aren’t enough of them.

Here are other reasons, according to experts:

Flipping a property or looking at the purchase as a method to earning short-term gains has also taken an hit in this seller’s market, Zwicker said.

“It’s harder for investors to buy because their margins are going to be much slimmer. So the investor buys are not as high in this market, because they are not going to want to overpay,” Zwicker said. “Our buyers and agents do a great job of educating the buyer. We will tell the buyer today that if you are looking for a deal, this isn’t the market for you. If you are looking to sell in less than five years, it is probably not the market to be in to buy a home.

“So if you are paying 10 percent over the list price, and conservatively say the market increased 2 to 3 percent year over year, it is almost as if you are buying into the equity of the home. That’s the education we are giving to the buyer to make sure they aren’t putting themselves in a detrimental position.”

That position can lead to an underwater mortgage, which is a home purchase loan with a higher principal than the free-market value of the home.

But there is hope for both sellers and buyers, real estate professionals said.

They say homeowners typically like to sell their homes during the warm weather months, so more homes could be added to the inventory in May and through the summer.

Chakravorty said the market should even out more by year’s end.

Even with that caveat, the market is moving, which includes the “luxury” segment.

In Bucks County, a luxury market home begins at $700,000 and goes much higher. In Montgomery County and Philadelphia, the luxury market is closer to $1 million.

“Even those homes in what we consider the luxury market, prior to the (current market conditions), those homes were on the market for a year and sometimes longer; now even those have sold,” Zwicker said. “We are down to two or three inventories on those luxury homes. And it’s because the money is so cheap for mortgages. And then you have jumbo loans, which have a similar interest rate as traditional, conventional loans.

“It gives the buyer more of an opportunity to move up. It is a very interesting, unprecedented time in real estate.”

A symbol of the housing boom can be found at in the new, multi-home Grove Valley Farm at Warrington development. It is billed by the developer J.P. Orleans as an “intimate community of only 39 home sites,” situated in a prime Bucks County location.

Grove Valley Farm will consist of three brand-new home designs, each with four or five distinct elevations, and will range from 3,200 to 5,120 square feet.

Prices will start in the upper $700,000s, fitting Grove Valley farm squarely in the luxury segment.

Sun May 9 , 2021
Written by Ryan Johnston May 7, 2021 | STATESCOOP Just over a year after taking the role of Code for America CEO during the coronavirus pandemic, Amanda Renteria said she feels the work of building sustainable digital service delivery for state and local agencies is just beginning. Renteria, who will […] 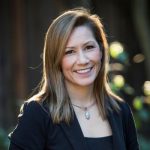